SoftBank Group Corp., and SenseTime are still concluding the terms of the deal and the details could change. The organization has officially declared two other subsidizing rounds this year as it raised more than $1.2 billion.

SenseTime, a four-year-old startup, makes frameworks that analyses faces and pictures on a colossal scale and adds to China’s cast reconnaissance system. The organization is one of the largest group of startups, aiming to make the nation the world pioneer in AI by 2030.

Tokyo-based SoftBank, turned into the world’s biggest technology investor has made China one of the primary targets for the Vision Fund. As of now, nearly $100 billion cash is invested by SoftBank’s Vision Fund in sectors such as robotics, ride-hailing, e-commerce and semiconductors. The reserve has placed billions into Chinese ride-hailing giant Didi Chuxing and has taken a stake in ZhongAn Online P&C Insurance Co.

Investment in SenseTime is a result of SoftBank Founder, Masayoshi Son’s vision of putting resources in a future overwhelmed by AI and data. His firm burned through $32 billion to get ARM Holdings Plc., the chip creator that he believes will be a linchpin in the improvement of AI.

SoftBank would join a portion of the greatest names in innovation and venture if the deal proceeds. Qualcomm Inc. invested in SenseTime a year ago, while Alibaba Group Holding Ltd. also, Temasek Holdings Pte joined $600 million subsidizing round. Fidelity International, Silver Lake and Tiger Global Management participation raised $620 million and boosted its valuation to more than $4.5 billion.

Past facial recognition and character verification, SenseTime is pushing into self-sufficient driving and augmented reality. It is building up an administration code-named ‘Viper’ to parse information from a large number of live camera feeds to improve mass surveillance. 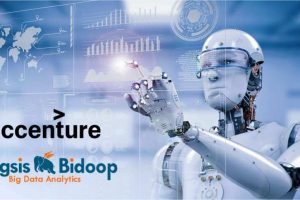