Home » Live Alone But Not Left Alone
The 10 Most Prominent Personalities in the Security Industry, 2018

It’s no doubt that the whole world is facing an Aging population. In 2017, there are an estimated 962 M people aged 60 or over in the world, comprising 13 % of the global population. The population aged 60 or above is growing at a rate of about 3 % per year. With the progression in healthcare, people tend to live longer than before, however, not necessarily healthier. They might suffer several chronic diseases such as Diabetes, high blood pressure or Dementia.

It was stated 500K elderly people gone missing in China every year or 1300 elderly people went missing every day due to loss of memory. Senior citizens aged 65 or over account for up to 80% of missing elderly person cases (Alzheimer or dementia or memory impairment). Of those who were found after being reported missing, 25% then went missing again.

Statistics have shown that approximately 30% of people over 65 falls accidentally each year, and for those over 80 this rate raises up to 50%. Late or non-existing responses cause 2 million persons having to be hospitalized and approximately 85K deaths can be attributed each year. Among older persons, 55 % of fall injuries occur inside the home. An additional 23 % occur outside, but near their homes.

Thus, there are three key things that we consider very seriously for the elderly well-being (i) continuous monitoring of their vital health conditions (ii) monitoring their location in case they get lost (iii) emergency alerts during falls.

The trend is moving towards “Aging in Place” whereby we are seeing the elderly are staying alone especially in countries where they have less number of children or the culture whereby the children or the parents prefer to stay on their own. As a working adult, they have no options but to let their parents stayed at home by themselves. In such case, it will bring high anxiety especially when their parents suffer some disease or in a frail condition.

How do we let the elderly to “Live Alone but Not Left Alone”? What if we have a way to monitor their health continuously? What if we know they are always active or just lie on the bed? What if we get notified whenever they walked outside their house? What if they need emergency and need to call their next of kin or neighbour easily? What if you can constantly call them directly without them carrying a mobile phone?

With the increasing maturity of Internet of Things technology, we are seeing a trend whereby the elderly are being monitored through different kind of IoT devices such as belts, necklace or bracelets with different communications technology such as Zigbee, WiFi or Bluetooth. These devices are cheaper but have limitations of coverage and thus limited to the confinement of the house.

However, wearables such as smartwatches has become a norm and not only limited to fitness tracker but also for health monitoring. It’s no longer about monitoring oneself, but the ability to provide a service to monitor the health, safety and providing a peace of mind to the elderly. A single device solution with a GPS is far better than carrying another smartphone for location monitoring. Geo-fencing feature with alerts can be very useful to the family members who have their elderly parents living alone. An emergency SOS button can be press to get a quick assistance from the relevant parties. A wearable that uses a normal cellular for connectivity provides a wider coverage and have the option to have voice connectivity.

What is impossible couple years ago are now becoming more accessible. Telehealth will become a necessity for elderly who don’t have the energy to travel regularly to the clinics and when the number of doctors are limited and not easily available. Healthcare costs can be lowered with constant monitoring and proper prescriptions. This make the “aging at home” more flexible and safe – “Live Alone but Not Left Alone”

Dr. Mazlan Abbas is the CEO and Co-Founder of FAVORIOT, a Malaysian IoT Start-up that focuses on providing a peace of mind solution called RAQIB for the pilgrims and their family members during performing their Hajj. Favoriot also offers RAQIB to monitor the elderly’s health, safety, and location. Both solutions above comprised of Smart Wearables connected to FAVORIOT IoT middleware. The middleware is now being used by more than 20 organizations to build their own IoT solutions. 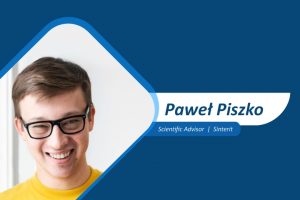 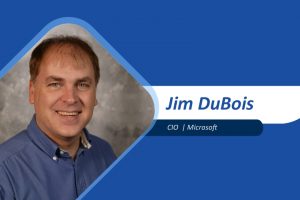 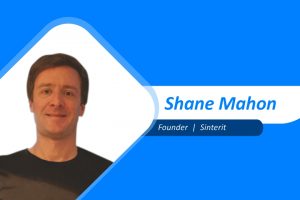 How companies can make intelligent decisions and deal with risk in a better way?
Challenges of SMB owners in the mobile world
Comment