Home » The Timeless Blue Denim Throughout The Decades 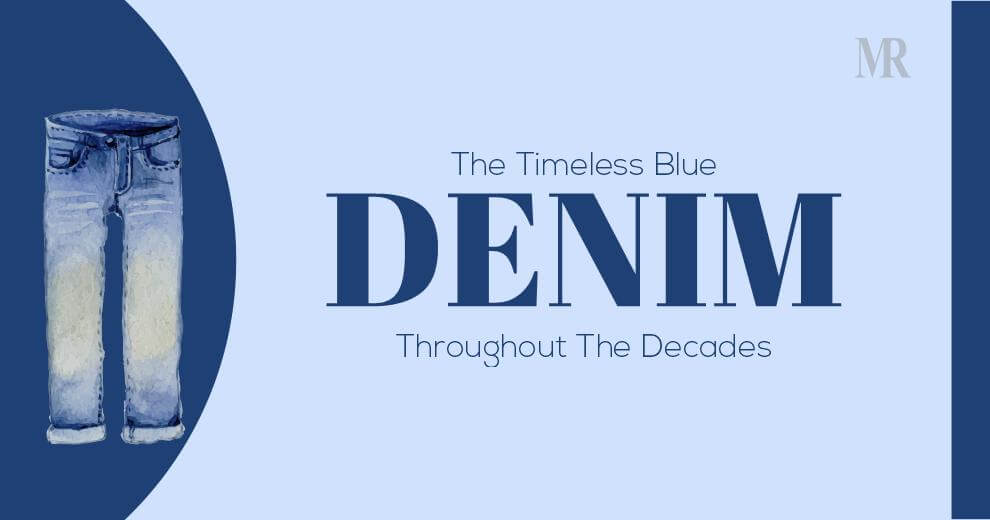 Denim has always reigned as one of the leading segments in the fashion industry gaining popularity all through the years. Taking note of this popularity the denim industry is expected to grow at a CAGR of over 6.5% up until 2020, along with the market value increase of $113 billion to $153 billion. Let alone in the UK, denim contributes about £1.6 billion to the fashion industry. In addition to this, the pricing range is expected to be the highest for Premium and Super Premium categories of the denim products with smaller base numbers. Asia and Latin America are anticipated to be leading in the growth segment.

Previously known as the blue denim, jeans have always been a wardrobe staple and a fashion essential for decades. Denim jeans have become an integral part of day-to-day life. From work pants to a popular style statement, denim has never failed to dominate the fashion industry.

The birthplace of denim is still in the topic of debates, the fabric is considered as a twill weave fabric i.e. one colored thread and other white one. However, it is widely believed that it was invented in Nîmes, France.

Jeans were the result of an unsuccessful attempt to create hardwearing cotton. The fabric weavers of the city realized that they have developed a unique and sturdy fabric unlike others.  Making use of the twill weave, this fabric was created with the weft passing under the warp threads. Weft naturally occurred white and the wrap threads were dyed blue with the help of indigo. Indigo is among the oldest dyes to be used in textile dyeing and responsible for the iconic blue hue. The original denim was dyed from indigo but modern denim is dyed with synthetic indigo. Weavers wrapped the threads blue, but left the weft threads their natural color resulting in a unique blue color one side and white another. Hence, the name ‘Serge de Nîmes’, which translates to the twill of Nîmes.

A Bavarian-born dry goods merchant, Levi Strauss came to San Francisco in 1853 at the age of 24 for establishing a West Coast branch of his brothers’ New York wholesale dry goods business. Levi vended many products and one of those was sturdy imported cotton fabric, denim. Jacob W. Davis from Reno, Nevada was one of Levi’s customers. Jacob bought denim fabric for his business, as he was commissioned by a gold mining company to create trousers, which were strong and could withstand hard work.

One of the local laborer’s wife asked Jacob to make a pair of trousers that would not fall apart. While trying to think about a way to strengthen the trousers, Jacob came up with the idea to put metal rivets at the points of strain, like pocket corners and the base of the button fly. These trousers were soon a hit amongst the workers. Jacob quickly decided to take out a patent for the process, however, he needed a business partner to help him with the project. Jacob immediately thought of Levi Strauss, from whom he had purchased the cloth.

Jacob pitched the idea to Levi and suggested the two hold the patent together. Levi saw the potential for this new product and agreed to the proposal. The two visionary immigrants received patent #139,121 from the U.S. Patent and Trademark Office on May 20, 1873—marked as a historic day for the birth of the blue jean. The patented rivet was further incorporated into the company’s jean design and advertisements. The manufacturing of denim overalls began in the 1870s and created their first pair of jeans in the 1890s. After the 19th century, the competitors of the denim market began to emerge, namely Wrangler (1905) and Lee (1911). Levi and Jacob turned denim, thread and a little metal into the most popular apparel on earth.

Denim’s Journey From workwear to a fashion statement

Denim was originally worn by workers, due to its high durability. Later in the 1940s American GIs introduced the denim pairs overseas. The production of denim workwear, popularly known as the waist overalls at that time, declined during the war due to the shortage of the raw materials needed to produce them. On the contrary, the end of the war marked a change in the perception of denim. It was less associated with workwear and was lined to leisurewear.

1950 marked as the rise of denim fame. Some of the public places like schools and theatres banned denim because it was symbolized as rebellion. Denim traversed from counterculture to fashion in the 1960s and 1970s, as the manufacturers started experimenting with different styles of jeans. 1980 was also a pivotal point for the denim as more fashion designers began incorporating this fabric into their collections. Calvin Klein and Armani started the age of premium denim when they launched designer jeans for the first time. The father of premium denim Adriano Goldschmied, also assisted popularise new denim fit in the ‘80s called the skinny fit.

The 90s steered into a different era of denim culture and styling with baggy jeans, dungarees, boot cut, and oversized denim jackets. In the 2000s, customized (DIY denim) denim became a hot trend because it enabled people to express themselves creatively through their style. Over the years, denim has been restyled in numerous ways, and presently the crowd is witnessing the return of every denim style, cut and wash imaginable.

Edging closer towards the decade, the fashion industry is working on the consumer’s concern to make their products more sustainable. The mass-market fashion brands have started their own denim range, yet Levi’s, Wrangler and Lee are still dominant due to their heritage status. The denim industry is thriving and thus demands a more sustainable practice. Presently, many manufacturers are using sustainable fabrics as well as the environmentally sound production process. The premium brand Wrangler’s Icon collection is made from 20% recycled denim, while Jack & Jones re-launched its low-impact denim range last year.

The fashion industry comprises a range of innovative materials yet denim remains one of the most versatile, durable and highly sought fabrics in the market. Jeans surpass gender, age, and class and are always going to be timeless, however, the design and fabric technology involved can transform with time. Therefore, it appears that the iconic indigo denim jean will be in green spirit but classic in form. 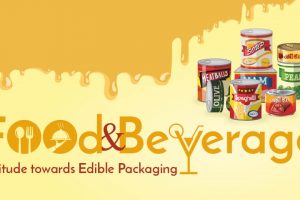 Hype Around Autonomous Vehicles And Why It Is Needed So Desperately?