“A leader is the one who is genuinely grounded and clear about her vision and values and have the strength and skills to act accordingly,” says a thought leader—Feyzi Fatehi, the CEO of Corent Technology, Inc. He believes that ‘CEO’ designation might as well stand for Chief Energy Officer, someone who genuinely loves and respects her team members and considers leadership as a duty, responsibility and obligation to help transform the team’s collective vision into reality while exuding positive, inspiring energy.

These motivating thoughts from Feyzi are an outcome of his extensive years of experience as a leader himself. He understands the ups and downs a leader must go through in ones dedicated journey to drive a big vision into reality. Feyzi – who received the 2019 CODiE Lifetime Achievement Award, a prestigious award bestowed on the likes of Bill Gates, Steve Jobs and Steve Wozniack for their impact on the advancement of technology –  puts emphasis on mastering and managing one’s own mind, mood, thoughts and emotions as well as one’s interpersonal and organizational behavior, in order to bring the best out of himself and everyone in his team. In other words, combining the “inside out” and the “outside in” leadership viewpoints. For many, this is an enlightening way of thinking because when leaders apply this wholistic mindset and approach combined with a noble sense of purpose, they can galvanize others around them towards achieving their collective goals and dreams.

When asked about his ideal leader, Feyzi brought up Dr. Frances Hesselbein, the CEO of Frances Hesselbein Leadership Institute and the former Girl Scouts CEO.  According to many experts Dr. Hesselbein – a Presidential Medal of Freedom honoree – has been defining leadership in America for over 50 years with her unwavering emphasis on value-based leadership. Over a decade ago, Feyzi’s highly acclaimed executive coach and mentor, Dr. Marshall Goldsmith – the recognized #1 leadership thinker, and the author of many bestselling leadership books – introduced Feyzi to Frances Hesselbein at the legendary Four Seasons Restaurant in NYC while attending the launch reception for Mojo, one of his now classic renowned books. Reminiscing that special occasion, Feyzi says, “Thanks to Dr. Goldsmith, I have had the privilege of meeting with Frances at several other occasions in the past 10 years and have been inspired by observing her and the values she lives by including respect, inclusion, humility, care, genuine listening, and generous sharing.” Dr. Hasselbein – who was once proclaimed by Peter Drucker – the founding father of management science – as “The Best CEO in America,” is a big advocate of “to serve is to live” and a great model for living one’s values.

Leading from within, while focused on a Massive Transformative Purpose

According to Feyzi, most of the conversations about leadership revolve around what leaders do. He believes more important than what they do, is “how they do it,” and even more important than that, is “who they are.” He believes it is crucial for people to fulfill the gap between who they are and the ideal leader they aspire to be. This is essential because such gap introduces conflicts between the actions or decisions taken and the core values of a leader that consequently leads to fiction, friction, and failure in achieving the ideal results. Therefore, Feyzi suggests that mastering emotional courage and resilience are among the essential skills which a leader must possess to stay grounded and generate the desired outcomes.

Following the principles of his ideal leaders and utilizing his deep and diverse experience as a leader, Feyzi is leading Corent Tech, Inc. with his team of seasoned professionals. He defines his team as an exponential team of dedicated, energetic, positive, and visionary leaders who are passionately focused on a Massive Transformative Purpose (MTP). Discussing the efficacy of his team, Feyzi asserts, “No single leader has the power that a capable team of two, three, four or more can bring to the table in a reliable, consistent, and exponential way. Each of the team members count on each other’s performance and hold each other accountable towards achieving the collective team objectives.”

As it comes to business execution, Feyzi emphasizes focus on developing three key foundational pillars of People, Product, and Partnerships. Headquartered in California, Corent Tech is a 24×7 global corporation with direct presence in North America, Europe, and Asia-Pacific. In addition to its outstanding management and technology teams, Corent has surrounded itself with a stellar advisory board comprising of former CIOs, CTOs, and senior executives of other highly respected companies including Microsoft, HPE, Dell/EMC, IBM, Oracle, VMware, Accenture, and beyond. 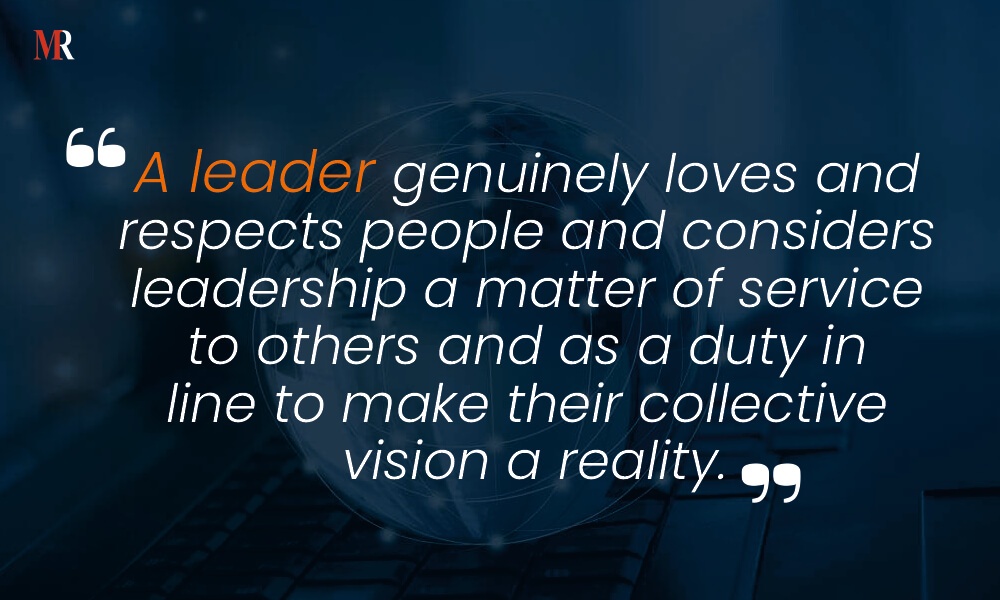 A Disruptive Platform, Speeding up Cloud Migration and Modernization

Moving forward with a mission to make a positive, yet disruptive impact on the Software and Cloud industry, Feyzi and his team have been hard at work inventing a technology called SurPaaS® a.k.a.  Software Defined SaaS® platform. This platform has the capability to save months, if not years of development time and millions of dollars of capital to transform enterprise software applications into efficient, scalable, and fully instrumented SaaS (Software as a Service,) so that they can be accessed by customers in an easy to use, manage, meter, monitor, and maintain, yet in a dramatically more cost effective way. Feyzi asserts that the Software Defined SaaS Platform not only improves the productivity equation of an organization but also its innovation equation, due to the tremendous possibilities and flexibilities it offers.

Unlike some available technologies that provide point solutions, Corent’s Software Defined SaaS platform offers end-to-end, consistent, and integrated one-stop shop cloud migration, modernization, and management platform to analyze, “cloudify,” and “SaaSify” software applications. Therefore, the SurPaaS® solution can work as a companion of IT professionals in their entire cloud migration and transformation journey. Similarly, using the diverse set of migration modes from simple migration to sophisticated cloudification, and modernization, clients can adapt their applications to an optimal cloud transformation with limited or no manual interference.

Given the above, Corent’s SurPaaS® would bring massively transformative change in the modern Software as a Service (SaaS) development lifecycle. The platform would enable software developers to focus 100% of their development time and budget on building phenomenal applications to solve real problems and contribute to the quality of life and work, instead of spending a major portion of their time and efforts in building and maintaining the tasks to distribute and manage their applications as a service. 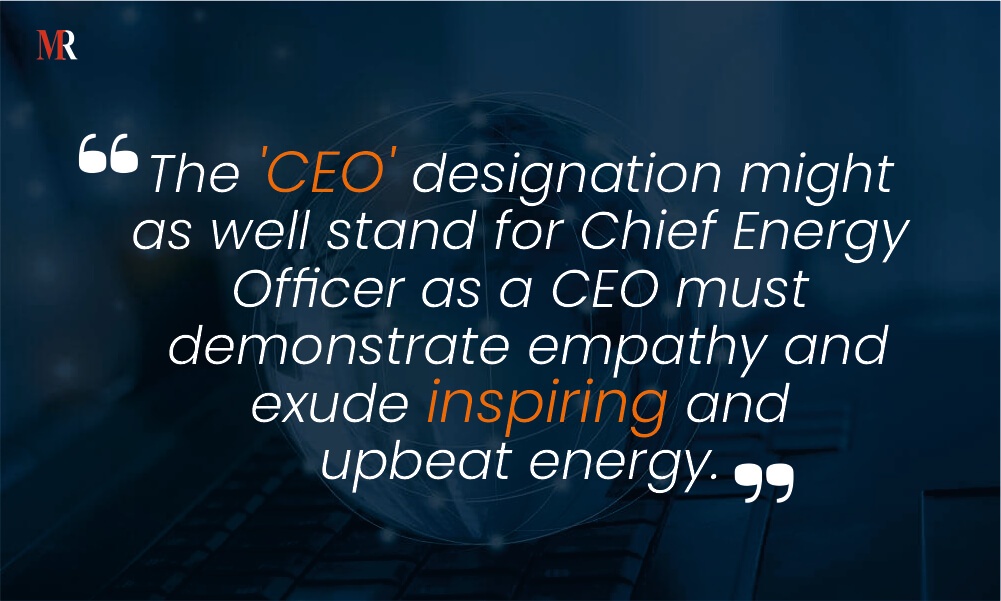 Such transformation would include thousands of proven Open Source software applications that have been waiting to be ‘liberated’ as service (OpenSaaS™) and made available to the world in a frictionless, scalable, and cost-effective way. A recent example is Corent’s benevolent ‘SaaSification’ of an existing Core Banking Software developed with the support of IBM, VMware, and Microsoft Foundation, among others that now as SaaS has the potential to provide access to core banking services to the 3 billion unbanked and underbanked world population, and therefore eliminate one key root cause of poverty or extreme poverty among them. 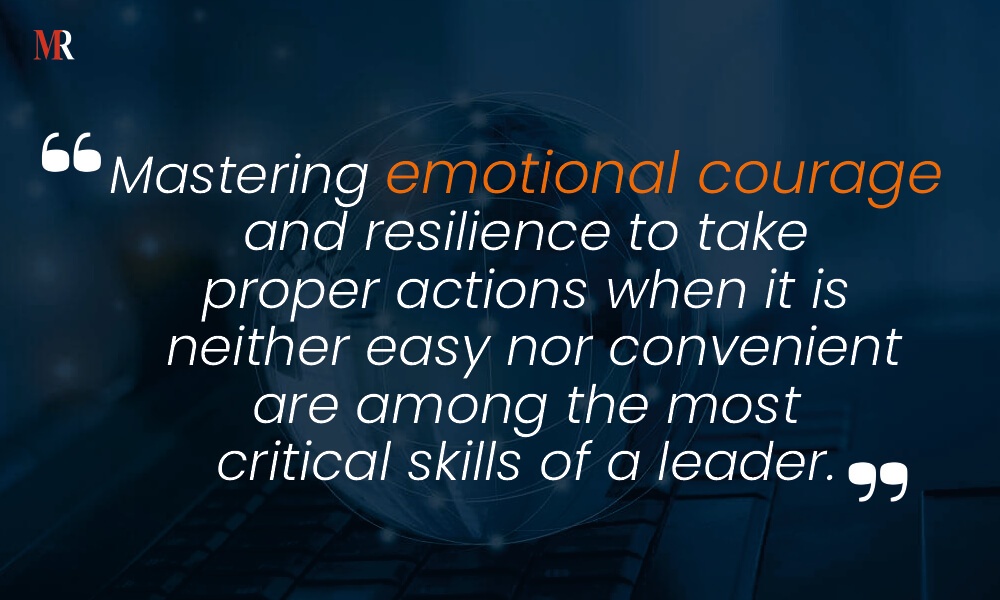 One Way to Change the World, is to Become the Change Itself

Further, speaking on the change that he wants to see in the world, Feyzi gives a quote from Albert Einstein which goes “Setting an example is not the main means of influencing others, it is the only means.” Therefore, to set an example, Feyzi sticks to the path of working on implementing the change that he wishes to see in the outside world first within himself. He shares, “For me, it is practicing simple fundamentals like humility, service, curiosity, care, candor, and competence, as well as promoting civility, non-reactivity, responsibility, and respect among people, between companies, and within communities.”

While on this topic, Feyzi remembers asking Dr. Frances Hesselbein – when he met her first, if there was a defining moment in her life that transformed her to be who she is; and without hesitation she shared an impactful story that still resonates with Feyzi to this day. When she was eight years old growing up near Johnstown, Pennsylvania, deep in the heart of coal-mining country, she spent a great deal of time with her grandmother. In her home there were two ornate Chinese vases that Frances wanted to play with, but her grandmother would never let her.

One day, her grandmother sat Frances down and told her the story of the vases. Many years earlier, there was a Mr. Yee, the local laundryman, who wore traditional Chinese garb and had a long queue and lived all by himself, in a little white shed that was his laundry. One day he had knocked on her door, tears streaming down his face and holding the two vases. “I have been here 10 years. They won’t let me bring my wife and my children here, and I miss them too much. I’m going back to China, and the only thing I brought with me were the two vases. I want you to have them.” She had expressed surprise and said, “Why me?” Mr. Yee had replied, “In the 10 years I’ve lived in this town, you were the only one who ever addressed me as ‘Mr. Yee’” as opposed to belittling ethnic slurs used by some to address him. “That was the defining moment of my life,” said Frances. “That story determined the person and leader I have become. It taught me everything, about respect and dignity as well as diversity and inclusion.”

If a simple act of humanity can change someone’s life so dramatically, Feyzi believes the aforesaid practices and mindset possess the strength to transform ourselves and hence the world.

Scaling our Skills is one Great Way to Scale our Business

When asked to share some valuable advice with the aspiring leaders, Feyzi sheds light on self-mastery and essential leadership skills development. Referring to a work-in-progress book of his titled “The Soft Skills are The Hard Skills!” he believes we would be well-advised to actively improve ourselves on an on-going basis and constantly seek opportunities to further develop our social, emotional, interpersonal, and leadership skills including managing our mind, mood, and mojo. As an admired colleague of Feyzi, Mark Thompson, a renowned author and executive coach had once said, “You can’t scale your business any faster than you can scale yourself!” Remembering this simple yet profound concept, Feyzi shares his favorite definition of success, “You are successful if you like who you are, you like what you do, and you like how you do it.” 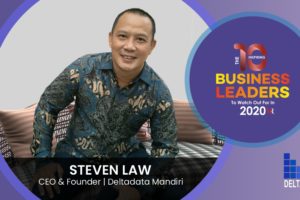 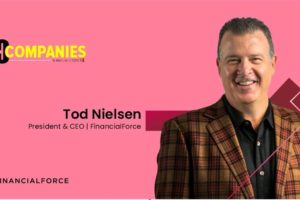