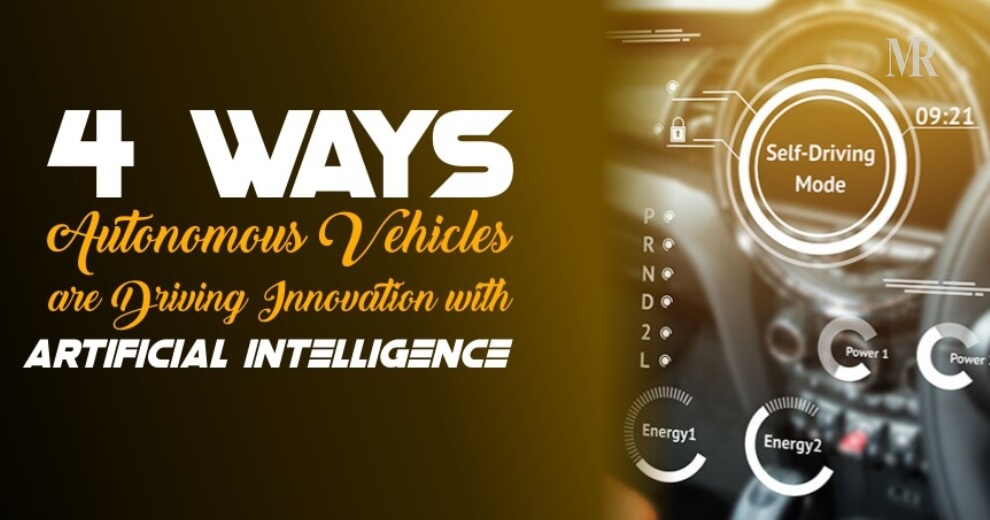 AI is transforming the automotive industry in every way imaginable. From enabling material procurement and predictive maintenance in the manufacturing process to powering autonomous cars, AI is at the heart of it all. The automotive business is among the industries at the vanguard of using AI to mimic, augment, and support the actions of humans as well as leveraging the advanced reaction times and pinpoint precision of machine-based systems. Indeed, today’s semi-autonomous vehicles and the fully autonomous vehicles of the future will rely heavily on AI systems.

Although self-driven vehicles might be the most perceptible beneficiaries of AI and there’s more to this. AI change is taking place on all fronts, such as consumer interfaces that identify the preferences of individual drivers, self-learning analytical systems that warn of imminent failures, navigation systems that use real-time data and traffic modeling to shorten travel and ride-hailing applications that maximize the use of the fleet of a cab aggregator. Plus, it is bestowing entirely new ways for people to get around as well as keep them connected, stay on schedule, and secure the driver while driving.

The Competition is Hard Yet Healthy

Five years ago, autonomous driving has gone from “maybe possible”—“surely possible”—to “commercially approved”. Last year, Waymo, the company which emerged from Google’s self-driving-car project, officially started its commercial self-driving-car service in the suburbs of Phoenix. Likewise, According to the 2018 KPMG Autonomous Vehicle Readiness Index (AVRI), countries like The Netherlands, Singapore, United States, Sweden, United Kingdom, Germany, etc. are some of the top prepared countries globally for self-driving vehicles. Out of which, Netherlands has taken the top spot and is thus the most prepared country for the introduction of self-driving vehicles.

Today, one can imagine a future where carmakers don’t sell cars, but maintain convoys of self-driving vehicles, allowing consumers to use ride-on-demand services. The customer hail a cab controlled by an AI through an AI-driven fleet management system and once inside, other AI systems will personalize the route and infotainment according to customers past preferences. As a customer begin his ride, the cab will communicate with other vehicles around to keep the customer safe. Following are some futuristic developments in autonomous vehicles that are revolutionizing empowering the utilization of self-drive vehicles.

The case of a broken traffic light could pose a major problem for autonomous vehicles that rely on smooth roads and clear signals. To overcome the problem of a missing traffic light, the self-driving car will be utilizing movement detection system to detect and respond to the traffic cop’s arm movements as they wave traffic through a crossroads. The AI in the particular car will be so trained that it will differentiate between a cop and normal human beings for precise response to gesture commands. Moreover, the software of the car will detect a traffic officer then processes it and waits for the traffic to continue.

To avoid any collision with other vehicles, new technology is implemented for autonomous vehicles called adaptive cruise control technology. It is a cruise control system with automatic distance control (ACC) which uses long-range radar and laser systems to measure the distance and speed of other cars in their environment. Besides that, it matches the speed of the car in front of the driver by using a range of sensors built into the car which implies that driver doesn’t need to constantly hit the gas and brake on the road. Some systems even allow the car to be completely stopped and then automatically resumed, making a stop and go traffic significantly less frustrating.

Replacing human sensory input—eyes and image processing which is done by brain is a mammoth taks to be accomplished in an autonomous vehicle. Therefore, to develop a vision sensor as good as the human eye, artificial intelligence is the prime driver. With a conventional HD camera system, autonomous vehicles may not realize how large the vehicle is during parking. So in this case—if a 360-degree camera setup is combined with clever computing power on each side of the car, it will greatly help the computer to access a virtual top-down view of the driver’s environment.

The AI-based infotainment system installed in an autonomous vehicle can allow drivers to send and receive emails, to carry out any internet searches as well as interrelate with their smartphone apps—by using voice commands. Along with a powerful natural voice recognition engine, AI can perform many sophisticated tasks in seconds. For instance, the passenger can command the car to change the location without giving manual inputs on the smartphone. It is just like asking a real human driver and importantly—the AI won’t argue with you like human drivers.

The Actual Autonomous Car on the Road—Waymo

As mentioned earlier, Waymo is the commercially approved vehicle utilizing Google’s self-driving vehicle exploration. These driverless vehicles have the capability to deliver people from points A to B safely. The 360-degree perception technology from Waymo detects pedestrians, other vehicles, cyclists, road work and other obstacles up to a distance of 300 yards. Similarly, the in-house production system allows Waymo to efficiently integrate its technology to the hardware. Plus, Waymo engineers have also formed a program called Carcraft, a virtual world where Waymo can simulate driving conditions.

Waymo’s AI software crunches data from the vehicle’s Lidar, Radar, and high-resolution cameras, GPS, and cloud services to generate the vehicle’s control signals for operating it. The Waymo project comprises various types of cars with the self-driving tools that include the Toyota Prius, Audi TT, Fiat Chrysler Pacifica, and Lexus RX450h. Moreover, Waymo has partnered with Intel to use Intel technologies, such as processors, inside the vehicles. The most valuable aspect of AI in automotive applications is that it is constantly learning, and adjusting the rules it uses to navigate the road. Each vehicle makes the information it learns available to the rest of the fleet. The result is a virtual neural network of self-driving vehicles that learn as they go.

The autonomous vehicle industry is currently drastically revolutionized by AI and supplementary intelligent technologies. Therefore, many tech-giants and major automotive companies have invested heavily in this area. It’s not only an opportunity for big companies but start-ups also playing a big role in it. Likewise, these developments are not just restricted to enabling autonomous vehicles but creating optimized development processes for the entire supply chain. The tight integration between the sensor and AI systems also has the potential to offer significant value for the public and enable car manufacturers to gain a competitive advantage in a quickly evolving market place. In addition, there will be new opportunities, job vacancies and academic courses that the autonomous vehicles will offer to be perfect, errorless, and most importantly—driverless vehicles.