Home » Wanchain: Enabling Cross-Chain Functionalities With Ethereum And Bitcoin
The 20 Most Admired Companies of 2018

With the rapid rise of blockchain technology, there are thousands of public and private blockchains and their platforms being used across the globe. However, these technologies largely exist in isolation and are unable to exchange information with each other. This severely limits their blockchain capabilities. Furthermore, the cryptocurrency market has been plagued by scams and hacks, owing to which the people with malicious intentions have taken advantage of the Initial Coin Offering (ICO) funding mechanism to raise funds and disappear. Due to lack of proper security measures, millions of dollars have been wiped off from ICOs. To tackle this serious issue, new tools, measures, and procedures need to be implemented to ensure investors are safeguarded from future project funding rounds.

Singapore-based, Wanchain is a leading blockchain solution provider company, working to bridge all blockchains in order to facilitate financial transactions for the Web 3.0 world. Wanchain connects public and private blockchains and opens new opportunities for businesses to thrive in the blockchain industry.

At present, there is no universally accepted cross-chain mechanism because of some major difficult-to-overcome technical roadblocks. Any viable cross-chain solution must solve these issues to be reliable. For this reason, one should ensure that the total number of tokens on the original blockchain does not decrease or increase following a cross-chain transaction, which is also known as the law of value conservation or the Problem Alpha.

The purpose of Wanchain’s cross-chain solution is to connect different blockchains. These connections will provide innumerable benefits like enabling the near-instant, automated exchange of information, and value across platforms, which enhances liquidity in the market and provides a distributed clearing mechanism.

Wan wallet helps the user to transfer assets with privacy protection and manage different digital assets including Wan and other cryptocurrencies on Wanchain. Clients can transfer assets either in a traditional way (public transactions) or in private (stealth transactions). Moreover, this powerful blockchain-based wallet supports cross-chain transactions with Ethereum, adding more cryptocurrencies in the future version with support of hardware wallets like Trezor™ andLedgerwallet™.

Jack Lu, the remarkable Founder, and CEO of Wanchain majored in Enterprise Management from Peking University in China. After completing his studies in China, Jack went to the U.S. to study Economics and Computer Science at The Ohio State University. Later developing a strong interest in computing, he transitioned into the internet world and has been contributing his knowledge as a software engineer for about 20 years in the e-commerce industry.

Jack found the huge potential in Ethereum when it was at a developmental stage. During that same period, he was approached by two entrepreneurs; David Johnston and Paul Snow. Currently, David is an investor in Jack’s company and Paul has partnered with him. Together with these co-workers, Jack started Factom, where he joined as the CTO. Meanwhile, he invested almost all of  his Bitcoins in the Ethereum ICO.

In 2016, Jack went back to China to start a company called Wang Lu Tech to sell blockchain solutions to local enterprises and governments. In a short span of time, this company received appraisal from River Capital and Fenbushi Capital. It was the time when Jack started incubating the idea of Wanchain. Working towards his new mission, Jack set out a top research team to find out more about connecting different blockchains. In late 2016, Jack and his team finished a proof-of-concept and built a platform with Ethereum as the base with added privacy protections. Moreover, in 2017, Wanchain team launched a cross-chain technology called “secure multiparty computation” and the main platform was launched in January 2018.

Aside from Wanchain’s integration with Bitcoin being a major milestone for the cryptocurrency industry, Wanchain 3.0 open Beta integration will also possess a key significance to leaders of Ethereum-based projects. Upon launch of impending Wanchain 3.0 release, any dApp, protocol, DEX, or other project built on Ethereum will be able to break down the wall between their network and the entire community of Bitcoin users.

Living with its mission to connect the world’s digital assets, the Singapore-based company is unleashing the full potential of cryptocurrency and blockchain technology by allowing applications built on its extraordinary platform to provide access to digital assets sitting on different blockchains. By integrating its blockchain to Ethereum, Wanchain took a big step towards its long-term mission of one interconnected network of both public and private blockchains. Additionally, among other possible applications, integrating with Bitcoin will allow for efficient Wanchain-based decentralized exchanges and ICOs that can interact with a variety of blockchains. In the future, the team of Wanchain envisions a range of new digital assets being deployed on its blockchain platform, including stable coins, real estate, commodities, and new protocol tokens from other blockchains. 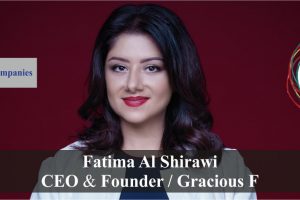 The Gracious F:Tapping Into The Color Psychology To Improve The Aesthetic Value 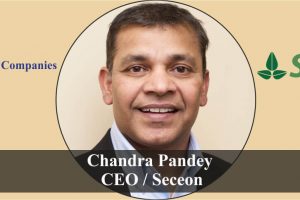 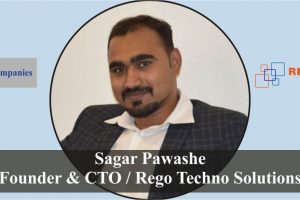