Ronald Hajj, the Founder and CEO of SilexPro, is extremely passionate about constructive technology and strongly believes that a real positive technology can strengthen human’s natural behaviors and bonds with nature. The prominent leader founded his venture SilexPro with an objective to enhance the way people communicate and collaborate over video, and to make group video meetings more natural, more enjoyable and certainly more productive.

At SilexPro, he has invented and patented the ‘Center of Table’ concept. He believes in dreaming and stretching imagination and creativity beyond traditional boundaries to create the required positive force that drives innovation and that is what he has embedded in the culture at SilexPro.

Ronald’s Definition of an Ideal Leader

The clearheaded CEO of SilexPro, Ronald considers Steve Jobs as his role model because the Founder of Apple Inc. defied traditional concepts and strongly believed in his new inventions, which made him the number one trendsetter of the modern time. Ronald believes that leaders should be positive, humble and perseverant with nature. According to him, a good leader is the one who thinks creatively, communicates proactively, and acts wisely. Furthermore, Ronald says that someone who is a strong influencer and highly adaptive can become an excellent leader.

While commenting about the relationship between a leader and his team, Ronald says that, team is the ultimate execution arm of a leader and without this arm, a leader is just like an orphan dreamer. He also assures that, if the team is passionate about what they are doing, great things can happen. Understanding the momentous nature of the team, Ronald himself is very proud of his own team, with the belief that without them, SilexPro would not be what it is today.

Incepted in 2015, SilexPro is a technology innovator in the collaboration space. Based in Chicago, Illinois, the creative tech solution provider offers a unique user experience and a distinct way of using different video conferencing and meeting applications while maximizing their interaction and engagement. Anticipating the market trends by introducing new innovative features for its products, SilexPro is the prime company to introduce voice commands on collaboration systems. Recently, it has also released an intelligent 360 degrees voice tracking system, which is one of the most efficient voice tracking systems in the market.

SilexPro has created a new generation of Uniquely Designed Center of Table endpoints; the Silex PTE Trio and Silex PTE Quattro that not only fits the new market trends but also fixes some of the inherited discomforts and challenges faced in traditional meeting rooms. SilexPro has worked on its ability to integrate advanced personalized features into large complex environments in creating unique Silex PTE products.

The highly efficient Silex PTE solution has multiple interactive touch screens for providing a seamless multi-sided, white-boarding experience and an exceptional viewing experience. This innovative offering has multiple cameras for 360 degrees coverage of the room from the center of the table and some other highlighting features like; one button session recording and intelligent 360 degrees voice tracking, making it impeccable.

Leading the Market with Innovative Mindset

Being a producer of highly innovative offerings, SilexPro has proved that it does not just follow the trends but also sets them. Keeping its slogan “Innovation, beyond imagination” in mind, the team at SilexPro anticipates major trends to give a cutting-edge advantage to their customers.

The trendsetter’s inclination to create a natural and engaging video meeting experience led its way to create an outstanding offering, where the remote participant appears in the center of gravity of the meeting. Nowadays, when numerous novel collaborating platforms are popping up, SilexPro has also upgraded its offerings according to customer preferences. This is SilexPro’s key differentiating factor that makes it stand apart from its competitors.

Conquering the Challenges like a Pro and Leading the way

As per very inspiring thoughts of Ronald, the first quality of a good leader is creativity. As being creative is to find non-traditional solutions to some traditional problems, the biggest challenge he finds is dealing with traditional-minded people, as they tend to resist the change. Being a highly competent leader, Ronald encounters such problems by using his influencing power and strong perseverance to overcome them.

In a broader perspective, the most common challenge a leader/inventor faces is the market education at large scale. When an inventor presents a new concept, educating the market about its existence, benefits and advantages is momentous but extremely difficult. To tackle such a huge challenge, good marketing plans, strategies, and usually lot of investment to spread the idea are required.

With a thought to stay ahead of time, the futuristic CEO of SilexPro always works with passion to grow his venture organically. With an unequivocal vision, he looks ahead to connect with biggies of the industry for achieving his ultimate mission to drive positive changes to the way people meet and collaborate.

Words of Sagacity for Young Leaders

Ronald Hajj, the CEO of SilexPro, while advising the young leaders, states, “Doubt and fear are your worst enemies, don’t let them influence your decisions, because they can block your dreams”. Moreover, he clarifies that the feeling of doubt and fear might intensify with each failure, and therefore suggests to make the use of passion to overcome the negative feeling by injecting some dose of perseverance. In contradiction, he adds, “Like doubt and fear, a blind self-confidence can also be a worse enemy, learn to humbly listen, filter and adapt.” 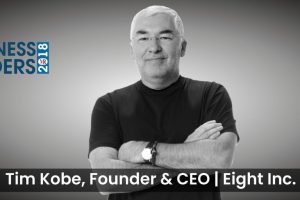 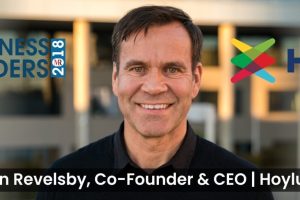 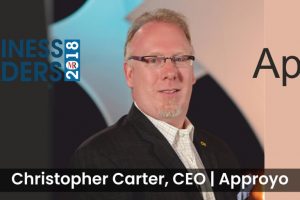