Home » QuNu Labs: Making The Data Safer For Quantum Computing Era
The 10 Fastest Growing Companies To look for in 2019

Incepted in Bangalore, India, QuNu Labs is the first and only Indian company working in the quantum safe-cryptography space. The primary products offered by QuNu Labs are Quantum Key Distribution (QKD) and Quantum Random Number Generators.

Sunil Gupta is the Co-Founder & Chief Executive Officer of QuNu Labs, who has over 30 years of experience in leading R&D, Product Development, Business Development, and Sales functions. His passion is to take leading edge technologies to market and build a sustainable profitable business.

In an exclusive interview by Mirror Review, the CEO of QuNu Labs chats about QuNu Labs, its future standpoint and the current trends in the technological sector.

What are your thoughts on the current technological sector? What type of trends have you observed over the last few years?

I would say, rapid technological change has resulted in many aspects of our lives being connected and affected by digital communications. All the new technologies such as IoT, Cloud, Big Data and AI are focused on collecting and mining data to create larger unprecedented value for enterprises and consumers. ‘Data’ is the underlying golden nugget, which everyone is trying to use or exploit in different ways and that is why we tend to say that ‘Data is the new oil’, however, data is becoming more and more insecure. According to Risk Based Security’s 2017 Data Breach QuickView Report, there were over 7.8 billion data records exposed, a 24.2% increase over 2016’s previous high of 6.3 billion. This is about phenomenal 500 records stolen per second.

In today’s IT scenario, enterprise-critical data is distributed and stored far beyond the organization’s boundaries. The sensitive and critical data remain in transit for a long time and this evolution from enterprise perimeter security to wide-area networking and cloud services increase the risk for enterprises by manifolds.

The above puts up a big question, “How can we build a digital world or a digital economy without digital trust?” The need of the hour is that enterprises, who deal with critical and high-value data with shelf life of 7-10 years,move to a future-proof, unbreakable, and quantum-safe encryption in next 12-18 months.

QuNu Labs has taken up the mission to build and deploy products and solutions in quantum Cryptography space. This is a recent offshoot of modern classical Cryptography, which took shape primarily in the period of World War II with the use of machines for encryption and has been fairly stable since then. Recent years have seen many demographic changes such as rapid increase in automation,traditional communications becoming electronic, transaction channels going digital, proliferation of IoT happening in unimaginable ways,and large amount of confidential and business critical data moving over to cloud which have not only increased the important of data but also made data theft as one of the biggest corporate risks.

When the QuNu Labs was established? What are the core values and mission of your company?

QuNu Labs was established on 21st September, 2016. We believe in challenging the status quo of data security paradigms in order to accelerate the world’s transition to quantum safe data security. The core ethos on which we established our company is based on an innovative and purposeful approach to technology, building simple products, an agile mindset in everything we do,own and lead the change, settle for nothing but the best and always keeping customer and customer value at the center of everything we do.

Brief us about the services and solutions offered by QuNu Labs.

QuNu Labs was set up to address the QKD space as this represented the only available technology to address the emerging threat to secure key exchange in a post-quantum world. QKD basically exploits the inherent uncertainty of the quantum world to ensure secure key exchange right under the very nose of an eavesdropper. Building on background research of over four years, it was carried out at the Indian Institute of Technology (IIT) Madras into various QKD systems.

QuNu’s flagship product the QNL-X100, which is planned to be rolled out by April next year is based on a system called Differential Phase Shift or DPS protocol. As QuNu has lined up several more variants in its roadmap, we intend to market Quantum Random Number Generators in addition, which is essential for key generation and distribution.

What makes your organization stand apart from others in the market?

We are India’s first and the only quantum security technology company with several feathers in our hat within just 18 months of operation. We won the ‘Elevate 100’ award from Government of Karnataka, as being one of the top 100 most innovative startups. Moreover, we were one of the winners of Cohort-4 of Cisco Startup LaunchPad Program, and also got an entry into the prestigious Nasscom’s Deep Tech Club. Having been featured in a few reputed technical and market research papers, our presence has been marked on the quantum technology map of the world.

Describe your roles & responsibilities as the CEO of the company. Which is your favorite part of this role?

As a CEO, my first job is to build products that solve an important business problem and gain users trust. It entails observing and interacting with clients, designing product specs, doing technical reviews, and acquiring customers.

My second responsibility is to define the purpose of the voyage, set the direction of the boat, and measure the pace and performance of a much larger number of rowers who are rowing the boat. For which, I have to bring in smart technical and business people together under a highly exciting and motivating common purpose and create an alignment between them. This is also my favorite part of the role.

My third job is to continuously scan and understand changing technology and business landscape and ensure that products we are building are relevant, differentiated, and cost-effective. 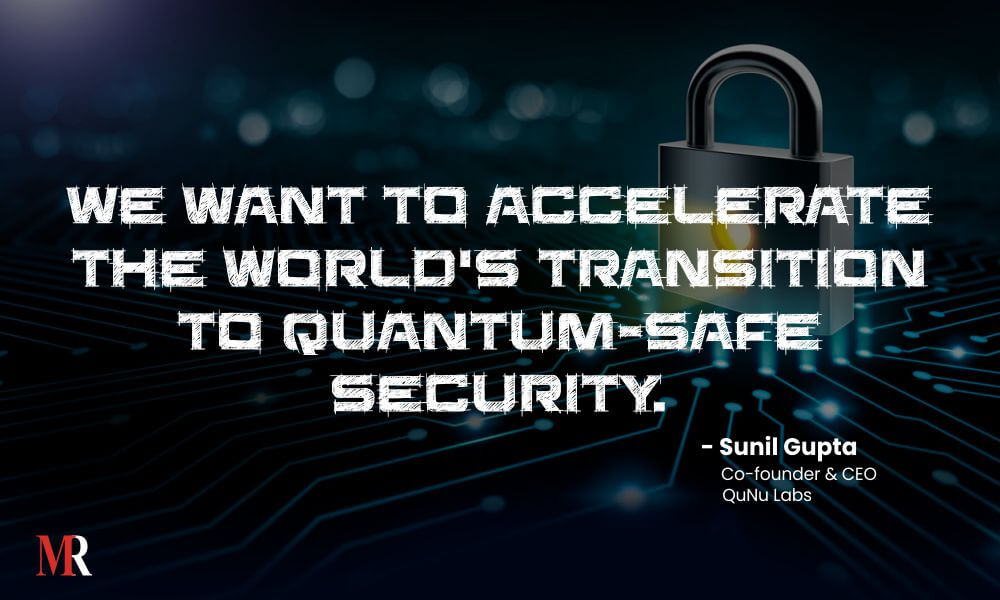 What are your long-term plans for QuNu Labs?

QuNu visualizes creating an unshakable trust in data security and we want to play a role in driving the world’s transition to quantum safe data security. Believing in the gradual acceptance and deployment of new technologies in the market, QuNu will come to the market with following three set of products and solutions.

In the longer term, we plan to work with one of the large telecom service provider to establish India’s first Quantum Network, which will offer an Opex model for enterprises to subscribe to send their highly confidential and valuable data across to other entries using Quantum safe network. 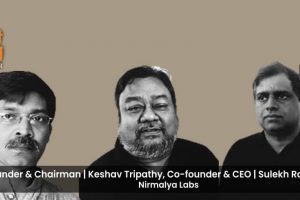