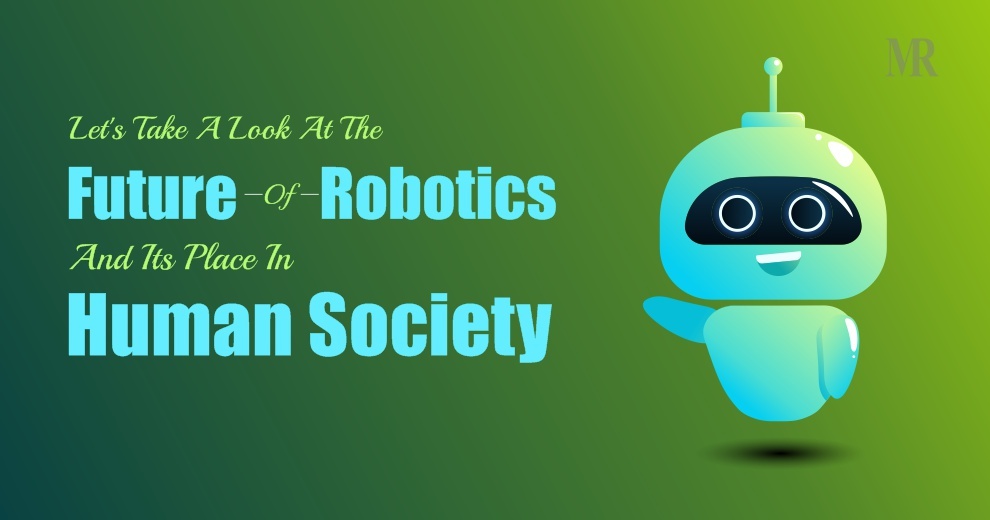 Industrial robots were first installed and utilized by the manufacturing companies to eliminate unnecessary efforts, time, and money. Today, programmed robots are carrying out assignments that are difficult for humans to perform. Tasks such as firefighting, defusing bombs, or diving deep into the oceans are a few risky jobs they have been involved in for some years. As advanced technologies began disrupting every industrial sector, so did the deployment of robots in every possible field. Whether it’s a fully automated saloon, a bank or a space program, various tech companies started experimenting with robotic possibilities on a daily basis.

It is now visible that robots are starting to replace humans in the workforce. Recently, China Construction Bank (CCB) came in news after opening its first fully automated bank branch in China. First of its kind, the bank branch operates entirely without human commands joined the increasing number of retail outlets, restaurants, and other integrated venues across China. Although the bank appeared on many front pages for its achievement, it is still well staffed with security guards.

Several questions arise in our minds as to how will the future of robotics look like, can it replace humans in their society, and will they ever be able to express emotions like us? Following context explains the behavior of full robotic automation system from partial automation and companies preferences between them. We also get to gain few insights on our raised questions such as whether robots will steal human jobs and are there any risks associated in using complete automation systems.

Partial automation solution automates some parts of the business work while continuing the rest with the traditional methods. Services such as scanning documents electronically, touch-screen checkouts, kiosks, and ordering systems are increasingly common techniques used at shops, restaurants, and other venues. Partial or semi-automation improves labor productivity as they still need to use their brains to organize their work more efficiently. Since some tasks are automated, the workflow of a process becomes naturally easy, bringing continuous improvement in the overall operations. Although, humans still need emotional connections with others, partially automated systems allow them to interact with real people. This is the best choice for small and medium-sized companies where a small number of employees and a small number of activities exist with low-complexity.

However, the demand for full automation solution is dramatically more than the partial automation. Companies seeking more profit in less time and effort want to use the full automation system in this competitive market. This can be the most suitable system for large businesses – organizations and companies – to ease the workflow in a short period. By integrating the automated systems, companies can provide customers with a seamless, swift and efficient brand experience, particularly when it comes to tedious tasks such as grocery shopping and banking. There are possibilities where people can ignore an unimportant process and want to replace with a fully automated one. For example, a thermostat system starts heating when the temperature drops down at a certain limit without any human input. Automation will probably allow the customers to do what they want and walk out without any forced interactions. Moreover, full automation is preferable to semi-automation when human intervention is not a good thing to consider. For example, a recent report suggested that the engineers at Boeing and Airbus want to remove pilots from their planes reasoning that most crashes are the result of human errors.

The history is proof that whenever humans have used technology in the right way, it has resulted as a boon to humanity. But when one thinks about artificial intelligence (AI), most common thought coming to mind is whether robots will take over human jobs soon. Jobs such as cashier in a bank, receptionist, waiter staff, and attendants at train stations are a few successful experiments that have taken place in the recent years. In 2016, Amazon surprised the automation industry with Amazon Go cashier-less grocery store which is now officially opened at Seattle followed by branches in Chicago and San Francisco. As an example of Amazon Go and its successful establishment attracting people into a cashier-less environment, will it be facing a trade-off in the near future? And if yes, then what will be the reason behind it? Let’s take a deeper look.

A fully automated environment might protect customers’ privacy and data with its large-scale cyber security breaches. For example, if Amazon Go is fully automated and meant to collect vast amounts of behavioral data, like ‘what activities customers do while shopping can help AI’s integrated system to analyze what they might want or not’, can waive the right to privacy of customers. Customer data can be beneficial for both parties to improve the overall shopping experience through personalization but too much following can give customers a crawling-over-skin experience.

Few futurists claim that robots will be able to replicate emotions soon. But, many psychologists deny such claims by simply saying that this cannot be possible. The reason behind it is that humans are still the most complex living creatures on the planet. Some activities that they do are simply beyond science to comprehend. For instance, why humans dream and how they remember the same dream within another dream a year after but again forget the next morning? If somehow emotions are embedded into robots, their thoughts will be completely transparent and without manipulations, whereas humans on the other hand are capable to do so. The matter of fact is customers prefer to interact with real people as they crave for emotional connections, particularly in a high-stress situation when they need some one-on-one conversations. Robots may be programmed with zero mistakes, but are they able to assist a brand according to customer mood? This million dollar question stands the test of time.

It is believed that robots have a future in reshaping the world. It is also true that robots working in factories, shops or banks can to be more productive per day than its human counterparts. But the high-voltage questions still remain out in the open: can they completely replace humans or take over their jobs where emotions are needed? It is indeed something that the coming generations are going to find out and as of now, for others to breathe easy and make the most of it.

How should businesses monitor their operational and compliance risks?
Do You Know About A Disease That Is As Lethal As Alzheimer’s?