Building new things, shaking the frame, thinking out-of-the-box, and creating dots before they become lines is at the center of being Disruptive. One example of this is the Founder/CEO of Neener Analytics, Jeff LoCastro.

Jeff started his first company when he was a sophomore in college and the second when he was a junior (an advertising technology company). During his career, Jeff’s common goal has always been developing, creating, scaling and delivering high-quality products with a focus on excellence and not profits.

This extraordinary Founder/CEO of Neener Analytics was a member if the initial executive team of the inventors of the online social network: Classmates.com and was extracting insights from social media long before it became fashionable. He also pioneered the first CPA (cost per action) model which became the foundation of all social networks that followed.

As a speaker on the subject of business strategy, product development, execution, and creating a nimble organization, Jeff’s recent engagements include the World Affairs Council, World Bank/DARP, Drive’18, Scotiabank Fintech Day (Mexico), Internet World, UC Irvine, San Jose State University, KNOW2019, FinovateEurope 2019, and other conferences in the US and abroad.

When asked about his most recent proudest achievement, Jeff responded, “When you blaze-a-trail, the challenge is for people to be able to grasp what you’ve actually done and think differently with you. When we won Best of Show at Finovate (the largest tech demo show in the world) last year that was a pretty big moment. It was validation that the market was listening. When I heard our name called, it was something I’ll never forget. And a real turning point for us.”

When asked about his advice for entrepreneurs willing to boost their careers, Jeff says, “Think differently – constantly. Attack the status quo – daily. Only then you will make room for new ideas and better ways to do things; only then you move beyond ‘nuance’ and into full fledge disruption.”

According to Jeff, we live in an era where failure is embraced as a potential outcome. That doesn’t mean we hope for it, it means that the fear of failure doesn’t seem to be an obstacle because in any technological advancement, a lot of failures occur. And, when people aren’t afraid to fail, things can move very quickly.

“If you are only focused on “winning”, you are not focused on the things it takes to win”, says Jeff when asked about his personal success strategy.

While creating new solutions, Jeff and his team members are always way ahead of the curve. Jeff has automated financial risk decisioning to 1-click of the consumer’s social media profile allowing Neener Analytics to deliver prediction accuracies of over 80% while being 100% opt-in for the consumer.

Following are the features of Neener Analytics:

In the rapidly evolving technology industry, things move extremely fast. There is no time to think about last week’s victories or failures. Therefore, following this current development trend, Jeff continuously tries to find new ways to use, leverage, and expand Neener Analytics’ underlying discoveries and create new and better products to achieve the next milestones.

Currently, Neener Analytics has 5-products and soon will be announcing in Q2/19, an entirely new decisioning tool that will fundamentally change how consumers engage in risk decisioning encounters.

This innovative Founder/CEO of Neener Analytics uses Small Data instead of  big data because big data is nothing but aggregations and aggregations produce nothing but ‘scores’ and ‘behaviors.’ According to Jeff, small data means 1 individual = 1 specific individual risk outcome and not a “score” or “behavior.”

The Neener Analytics solution allows them to deliver highly accurate predictions in a binary fashion. Similar to the way human beings make decisions about other human beings, Neener Analytics, using the most advanced AI & Deep Learning of its kind, defines these predictions from 1-click of a consumer’s social media. Constantly disruptive, Jeff with his team cracked the small data code, “. . . because there are plenty of solutions to help companies say ‘No’ to people, butwe’rethe reason to say ‘Yes’.” 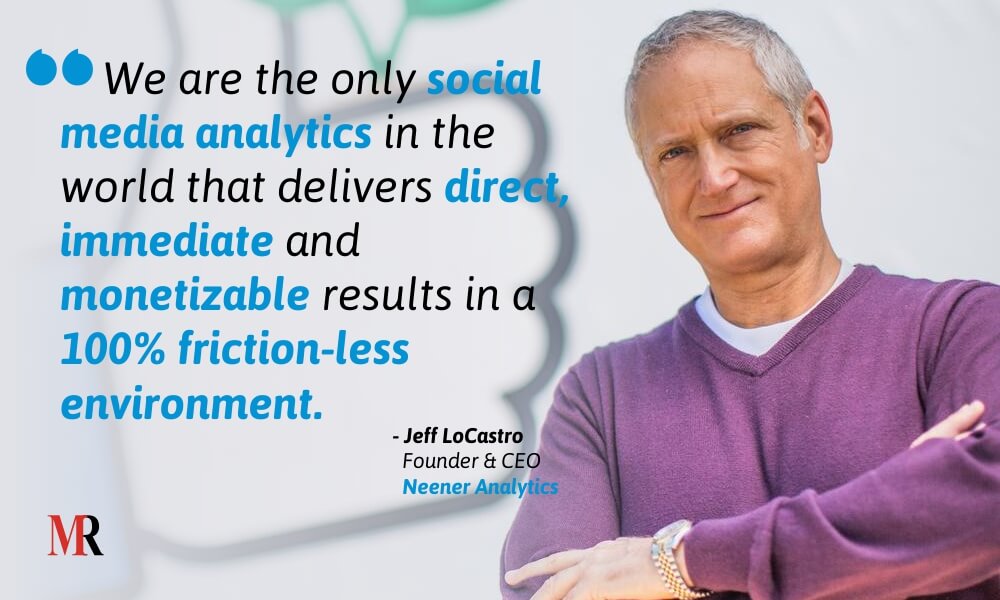 FCRA & GDPR Compliant Operating in 11 Countries across the World

Jeff mentioned, “We did our fair lending analysis according to FCRA standards and have ‘Zero’ disparate impact.” Additionally, Neener Analytics solutions are GDPR Compliant, and clients are using them in 11 countries, on every continent (except Africa) and have never demonstrated a default reduction less than 27%.This dedicated Founder/CEO and his best-in-world team also achieved volume increases (more loans/more customers) in the range of 27 – 36% without increasing the customer’s current acceptable risk threshold. Likewise, they have demonstrated revenue impacts of as much as 60% increase in profits, with opt-in rates as high as 99% and application completion rates as high as 90%. Jeff says, “It works every time.” 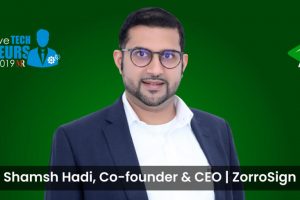 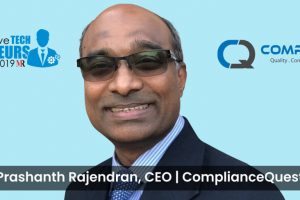 Prashanth Rajendran:Empowering Organization Growth From Anywhere, Anytime, And Through Any Device