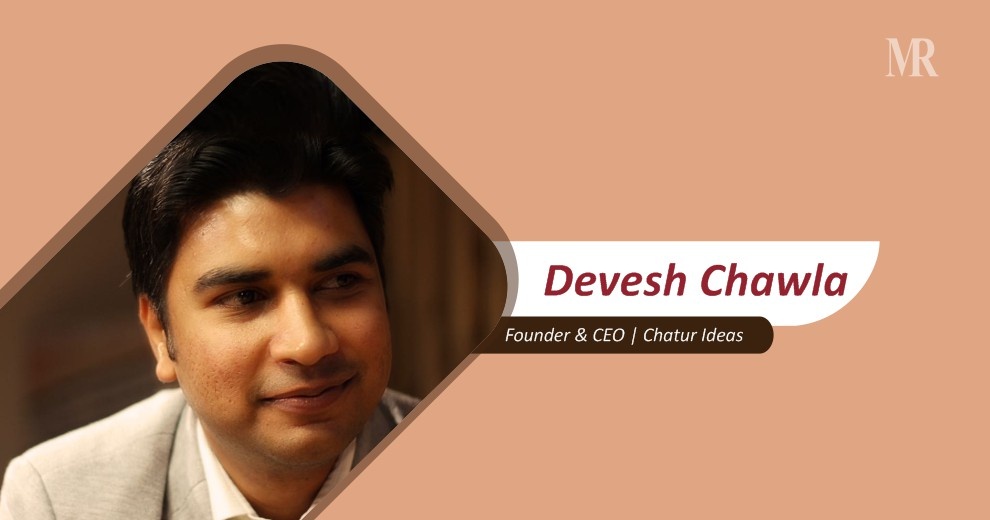 “Just because someone invented it doesn’t mean it cannot be re-invented.” – Devesh Chawla

The start-up ecosystem in India has seen a major development in the past few years, which has shown an increase in the economic growth of India with a GDP of 7%.

With 20,000 start-ups and 5500 plus tech start in the year 2017-18, they are poised to go up to 11,000 in the coming two years. India has been ranked as the third largest country after the States and Kingdom as reported by Nasscom. This involves the investment of over $7 billion with four to five start-ups emerging every day.

This is likely to give a boost to the job opportunities by 300K in the coming years. With a brief research of Chatur Ideas, list of investors has also grown up to 40% as compared to the previous years. This highlights the emergence of a start-up within no time.

While the big companies are re-framing their business plans, school students and college dropouts are working for their start-ups.

India is the most popular country with the increasing number of young start-ups of varied age cohort starting from 12 years and going up to 31 years of age.

There is no denying the fact that India is going hand in hand with China and other innovative countries when it comes to getting start-up ideas. Young Indian are focusing more on cutting losses than to build something big which brings great valuation and improved operational success.

Our start-up culture further needs an innovative platform that should allow multiple start-ups to collaborate and meet like-minded people for improved growth results.

Chatur Ideas has been collectively working on gathering reports and stats to make a pond of information available to our readers.

The Indian market has been built by the large working population of around 900M. Reported by Goldman Sachs BRICS Report, out of Brazil, Russia, India and China, India possesses the higher number of working class people.

Out of which, half of this population is self-employed. People love working for themselves and the growing desire to earn more comes from business.

We have many budding startups like Zomato (established in 2008), Practo (2008), Quickr (2008) and Flipkart (2007) doing great in their industry. “India is changing and Chatur Ideas ensures to play a vital role in it” says Devesh Chawla, Founder & CEO, Chatur Ideas.

Entering into something new will always give way to challenges. There are start-ups that garnered the customer satisfaction and raised a fair amount of funding but rigorously failed.

There were almost 40% start-ups that were started with great innovation and a plan to re-invest the industry but were not needed at all and were shut down as reported by CB. Another 25% of start-ups failed due to lack of funds as per the report of Nasscomm.

The above article highlights all about the Indian start-ups, their growth, and failure. No doubt, there are numerous opportunities for entrepreneurship but there must be a capacity for them as well. An improved and well-worked socio-political environment is much needed to create successful businesses in India.