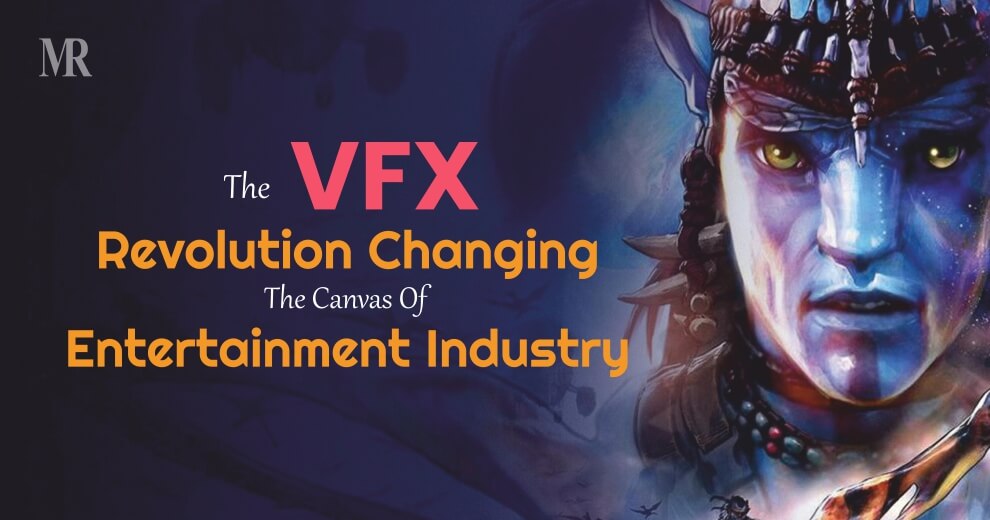 Technology has played its part very well and the world today is digitalized to an extent as never before. Over the past couple of years, the digital media industry has experienced unparalleled growth, and studies predict promising double-digit growth of it. Technology development has increased visual effects (VFX) implementation in both big-budget films and regional cinema. With cinema & television, video games, and marketing embracing VFX technology, the market will be transformed to a whole new level. The increasing interest for VFX in the media and entertainment industry combined with the usage of VFX strategies for cost pay by financial specialists are the key driving variable of the worldwide impacts of visual effects in the market. VFX have transformed the media and entertainment industry drastically over the past decades. Simply a comparison of 40 year old movie with the current one can prove this drastic change.

Mostly, VFX were used in movies, but the present television industry is also adapting to it to strengthen the story and artistic vision and communicate the desired idea to the audience. Due to the global consumers’ demands for engaging high definition visual experiences, many filmmakers are demanding high-quality productions with engaging visual effects and realistic animations. Presently, many studios are including more animation and VFX shots into films to satisfy the filmmakers’ requests. In addition, the demand for animation and VFX content to power immersive experiences such as Augmented Reality and Virtual Reality is growing exponentially. The rapid advancement of technology has made animation and VFX available to the masses, and this industry has become one of the fastest growing segments in the global media and entertainment market.

The global VFX market is developing at a rapid pace and over the next few years, there is likely to be intense competition among key players. The leading players on the VFX market are making ardent efforts to improve the products that are expected to ensure overall market growth in the coming years. Furthermore, innovations and technological advances in this area are encouraging market growth. The key companies engaged in the VFX market across the globe are Red Giant Software, CoSA VFX, Animal Logic, Foundry Visionmongers, Whiskytree, Weta Digital, FuseFX, Vision Effects, Inc., Worldwide FX, Zoic Studio, Method Studios, Blackmagic Fusion, Video Copilot, Absolute Post, Eight VFX, and Genarts.

The unspoken goal of the VFX industry has always been to create a photorealistic CG Digital Character that is so realistic that the audience cannot tell the difference between the character of the CG and the real one.

Paul Walker in Furious 7 and Grand Moff Tarkin in Rouge One were the best examples of a realistic CG character. Furthermore, the director planned to make use of photorealistic computer-generated characters, created using new motion capture animation technologies. Hence, a technically challenging scene was near the end of the film when the computer-generated Neytiri held the live-action Jake i.e. actor in human form, and attention was given to the details of the shadows and reflected light between them.

The modes and tools of creation are continuously evolving. VFX training must play a major role in film industry development. The development of new machines and soft wares changes the way one would have edited earlier. Before visual effects were not developed this smoothly, the people working in the visual effects had to manipulate scenes with different techniques. The news tools and softwares are making editing easier for humans. Furthermore, the motion control cameras are used when one wants to replicate a camera motion for compositing, capture high-speed activity and high frame rate that needs to be exposed in slow motion through some added association.

With the increase in the digital environment and 3D sets, a 3D camera provides all the motion data that can be plugged into a motion-controlled camera. Along with that, the motion forbidden camera acts like a robot and works according to the data it got starting the 3D camera.

Virtual Reality (VR) enters a new phase as nearly all of the tech companies are mounting VR contents and strategy to attract the audiences. Similarly, creating virtual places, characters or things capture enables the viewer to experience new things in a completely different world. Furthermore, invisible effects are not as unseen that one may imagine of it. However, there’s a very less likelihood of viewers to observe it. With all undetectable effects, VFX artists can now fix miniature continuance errors, set issues, dress issue, and even the makeup.

Some of the Eye-catchy Movies utilizing VFX for storytelling

Ant-Man and the Wasp

Visual effects for this film were created by various VFX companies such as DNEG, Scanline VFX, Method Studios, Luma Pictures, Lola VFX, Industrial Light & Magic, etc. DNEG worked on over 500 shots, including the effects for Ghost which was shared with the other vendors in the third act chase sequence, and the final Ghost fight as Hank and Janet are returning from the quantum realm. DNEG ultimately created 130 unique environments for the chase.

To create the images that would be displayed on the LED screens, Terragen, a scenery generation program, was used in the First Man. Additionally, archival footage such as that of an Apollo launch was used in a 70mm military stock that had not been used before. These shots were then cleaned up and extended on each side of the frame.

Although this movie is old, but there is a great need to mention this marvelous adventure, which has considerably revolutionized the VFX to the brand new level. James Cameron’s threw everything into this 2009 space epic. The most advanced technology of its time, Cameron invented his own techniques to bring the world of Pandora and its blue-skinned inhabitants to the big screen.

Avatar was the first mainstream movie to combine both photorealistic backgrounds and motion-captured characters. It made the film an epic adventure that completely washed the line between live-action and animation without taking the audience out of the movie. It was also the first production to use real-time animation to show live feedback as what the mo-capped performers would like as their virtual characters.

The VFX will soon rule the media and entertainment industry. In the future, there can be the presence of virtual reality for everyone as well as people can do anything in that virtual world. Furthermore, it is little by little reducing the border between reality and virtual world. The transformation from reality to virtual will become a milestone for humans. With more such VFX-rich content being rolled out, not just movies but also other platforms are utilizing it to reach the world audience. Therefore, today’s media and entertainment industry is enhanced or one can say overloaded with the amazing VFX technologies that can bring almost anything to life.