Seeking inspiration from Richard Branson’s famous quote that says, “My interest in life comes from setting myself huge, apparently accepting unachievable challenges and trying to rise above them,” Marina Tognetti, Founder & CEO of mYngle began her entrepreneurial journey with her head held high on an uncharted path.

Since the beginning, Marina always believed that a strong leader is not the one without faults, rather someone who is self-confident and unafraid to wear a heart on his/her sleeves. Sharing her favorite personalities whom she draws inspiration from, Marina says, “If I had to pick some names, it would be Richard Branson and Elon Musk, as they both adventured in different industries, breaking the paradigm on how it was done before, taking big chances as well as testing their limits.” She also likes and admire extreme sports personalities who are known to  apply their passion for sports with the same principles that great entrepreneurs apply to their businesses, i.e taking calculated risks, going beyond the comfort zone and having a futuristic  vision.

The challenges that attracted Marina to disrupt one of the most traditional industries, that of education were of setting-up something completely new from scratch, conceptualizing a complex idea and finally executing it till the finish line. Marina’s primary aim was to bridge the lacunas related to the linguistic skills that seem to exist within the multicultural, cross-continent companies.

Incepted in 2008 with headquarters in Amsterdam, The Netherlands, mYngle is the solution for busy professionals who need language training to become successful in their international businesses and for companies that want great learning results and a transparent and controllable learning process to make their investment turn into a big success.

Marina did not face her biggest challenge at the start of her venture. In fact, when she launched mYngle, everything seemed to work for her in regards to funding, awards, PR along with a very motivated team. The real challenge came later when she had to pivot from the initial business model to a completely different one, which is how mYngle operates now. Marina had launched mYngle as a marketplace, something that she knew very well from her previous eBay experience.

But, something in the business model was not functioning as per her expectation. Marina along with her team listened to their customers and based on the shared feedback, mYngle found a new direction, converting from an open marketplace to a quality global online school. This transition started attracting more professional type of customers. The second ‘pivot’ that mYngle undergo was from B2C to B2B. So Marina’s biggest challenge and lesson here was change is an essential part of being an entrepreneur.

Marina feels that the tech world is particularly male dominated. The issue about female leadership is in fact amplified in tech start-ups. Women are as innovative as men and companies run by women are just as successful. Yet, the percentage of women owners of tech businesses are incredibly low. Statistically speaking, only 5% of tech start-ups are owned by women and out of those start-ups owned by women, only 4% receive venture capital funding.

The main issue too often crops up when women themselves hesitate to start a tech company. The odds, in fact speak for themselves. In order to become an entrepreneur, people should have a touch of overconfidence along with a strong faith to succeed.

Since her initial days, Marina always worked hard even before she became an entrepreneur. Her inner instincts wanted to do more, push more and add another couple of hours to the already long working day. Until, one day she realized that she needed to slow down. It is especially in periods of challenges that entrepreneurs have to find enough energy and motivation to keep on pushing forward. Today, Marina devotes much time for work but also for her passions. She understands that her being happy and in balance will ultimately give her company the right leadership during the most difficult situations. 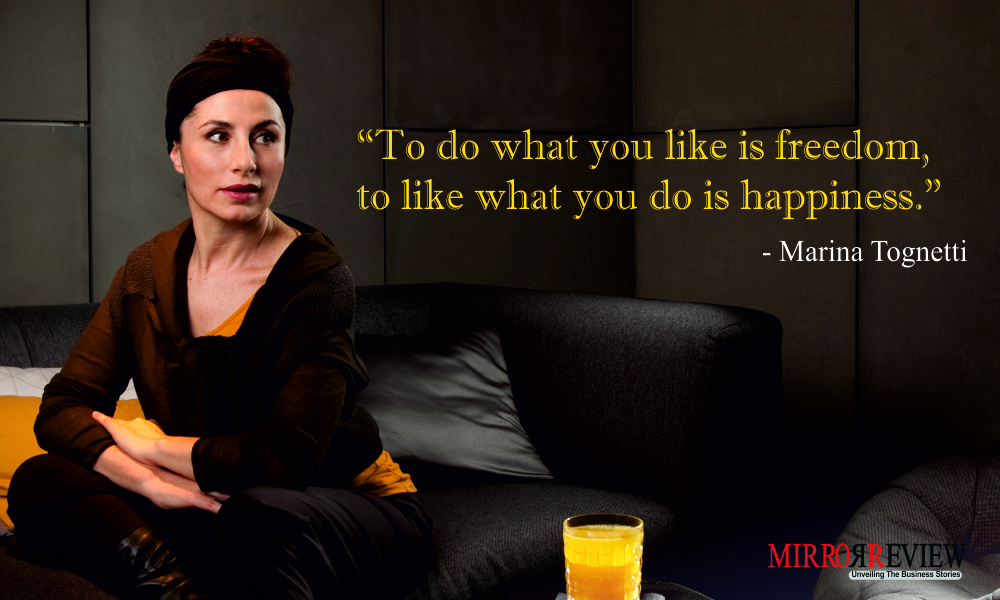 “Don’t think too much about the doomed scenarios, don’t listen to people that only see limits and barriers, and especially do not compare yourself to anyone else. Because you know what? What you see is often not the full picture. Ask yourself, “What is the worst that can happen?”and you’ll see that in most cases, it is something that can be managed, or not so bad after all.”

Pia Poppenreiter: Bringing Her Inner Rebellion To Life Through Ohlala