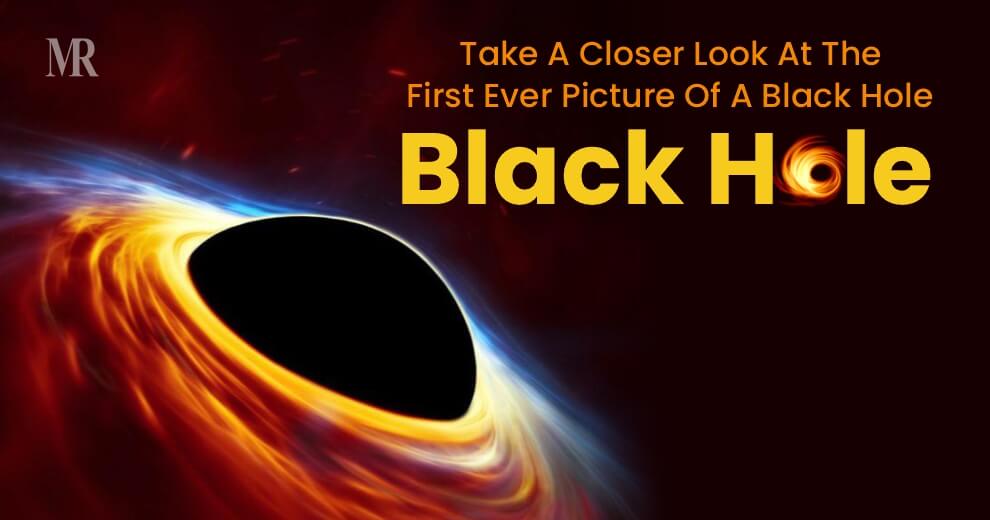 April 2019 saw the occurrence of a very unique event that transformed the history not only of astrophysics but of science and technology as well. Astronomers have revolutionized the understanding of the universe’s most enigmatic objects by capturing the first image of a black hole. This was made possible by arranging a global network that produced a picture of an event horizon which is a black hole’s perilous edge against a backdrop of swirling light gas and dust. The images of a glowing ring-like structure show the massive black hole at the centre of the galaxy M87 which is 55 million light years away and 6.5 billion times the masses of the sun. The event horizon is so strong that matter and light can only just enter but not climb out of the event horizon. The highly anticipated results were unveiled by the Event Horizon Telescope (EHT) collaboration in seven simultaneous press conferences in four continents. The findings were also published in a suite of papers in Astrophysical Journal Letters on 10th April 2019.

Predictions of the existence of black holes

The prediction of the existence of the black hole dates back to more than a century ago in 1915. Speculations started when Albert Einstein came up with his theory of gravitational relativity that reimagined gravity as the distortion of space and time by matter and energy.   At that time, Einstein himself was not sure about the existence of black holes. It was predicted that when too much matter will be concentrated in one place beyond a certain threshold, the result of that would be the creation of a sinkhole through which light and matter could only enter but not escape. These were predicted to be mathematical oddities rather than real astronomical objects but astronomers have collected evidence to prove that these cosmic sinkholes do exist along with gravitational waves that ripple across the cosmos when pairs of them collide. More than a century later, the EHT collaboration containing a consortium of 200 scientists teamed up to find out whether Einstein’s predictions of general relativity needed any revisions.

In 2009, there was just a network of just four observatories which were located in Arizona, California, and Hawaii but these four observatories didn’t have enough power to capture the image of the black hole. Over the years there was a refinement of techniques and retrofitting of new observatories so that they could add them to the existing network. In 2017, a team led by Shepard Doeleman and 200 others joined hands to form the Event Horizon Telescope. There were eight radio observatories in North America, Hawaii, Europe, South America, and the South Pole. Amongst the newcomers was the Atacama Large Millimeter/submillimeter Array, or ALMA, located on a high plateau in northern Chile. The EHT collaboration had two goals, the first was to capture the event horizon and the second was to help determine whether Einstein’s theory of general theory needed any revisions.

Previously, it was an unconquerable challenge to observe a black hole because they are tiny, dark and distant that it would require a telescope with a resolution equivalent to see these black holes. So to achieve their first goal of capturing the event horizon, the collaboration combined data from eight of the world’s leading radio observatories which were located across four continents and Hawaii to form an efficient telescope which was as big as the Earth. This was carried out through a technique known as interferometry which combines the radio waves that are spotted by different telescopes simultaneously so that the telescopes function like one giant dish.

Two targets of the EHT

When the observations of the event horizons were launched in 2017, they set two primary targets in order to capture the image. The first was the Sagittarius A star which is the black hole located at the centre of the Milky Way with a mass of about 4 million suns. The second target was a massive black hole located in the galaxy M87 which has 6 billion sums of light and matter that had disappeared into the sinkhole.

Working of the EHT Project

The Event Horizon telescope project was first carried out across a time frame of 10 days in April 2017. The success of this project depended on two main factors.  One was the presence of the clear skies across several continents at the same time and the second was the intense coordination between the eight distant teams. The telescopes that create the Event Horizon telescope were not physically connected; the observations of the event horizons at the eight far-flung sites were synchronized with the help of atomic clocks known as hydrogen masers over a period of 10 days in 2017.

After the observations were carried out, the signals from all eight telescopes had to be combined and fed through a computer to turn the data collected from the eight observatories into a visual picture. At that time, they faced an unprecedented computational challenge as the amount of data gathered was so voluminous that it had to be shipped to the MIT Haystack Observatory in the form of half a tonne of hard drives. In order to convert the Event Horizon Telescope data into a visual image, there needed to be development of new sophisticated algorithms that would not only combine the data collected from eight observatories into a visual image but also filter out noise caused by atmospheric humidity which would distort radio ways and precisely synchronize the signals that were captured by the far-flung telescopes.

At that time, computer scientist Katie Bouman developed a new algorithm to combine data that was gathered across the Event Horizon Telescope in order to produce the first-ever image of a black hole the telescopes positioned throughout the world from Antartica to Hawaii gathered light which was emitted from the black hole that was 6.5 billion times more massive than the sun. But at the same time, this light would just capture the structure of the and not the entire black hole. Thus, there was a necessity of the imaging algorithm as it filled in gaps of data in order to capture a picture of the black hole. She went on to lead a series of tests to ensure that the EHT’s result was not a technical fluke. So the EHT collaboration split into four teams in order to analyze the data until they were sure of their findings that they had achieved something impossible.

That’s when the second goal of the EHT comes into consideration whether Einstein’s theory needs to be revised. The theory of general relativity had held true with the experiments of every scientist. There was a possibility that EHT’s predictions may not match the theory since astronomers could calculate the expected size and shape of an event horizon using general relativity. They had to make sure the observed black hole matched the theory so that they could conclude whether Einstein was correct or not. If  Einstein was incorrect, they would have to revise the theory. They later concluded that there were no revisions needed in the theory of general relativity as their observations were consistent with general relativity. Team members said that the event horizon is nearly circular and is the right size for a black hole of that immense mass.

With the achievement of the first target, the next step for the collaboration that is led by Shepard Doeleman is to achieve their second target and that is on producing an image of a black hole in the Milky Way. With the team of 200 members achieving the impossible and proving the existence of Einstein’s theory of general relativity, the new results have given scientists more scope to research on black holes. As a result of the new results on imaging a black hole, scientists could get a better perspective on how gas and light spiral down into a black hole.

To summarize, it could be said that there have been a lot of speculations from Einstein’s time about the existence of black holes. With the imaging of a black hole being captured as per the predictions of the theory of general relativity, there are a lot of developments taking place in the field of astrophysics, science, and technology. The observations of the EHT are just the beginning; the scientists could research more on black holes.

Got Stuck? Try These Tips To Streamline Your Changing Testing Approach In IoT
Reinventing the Travel and Tourism Business Using Digital Technologies