Home » Are humanoids an indication towards Age of Ultron 2.0? 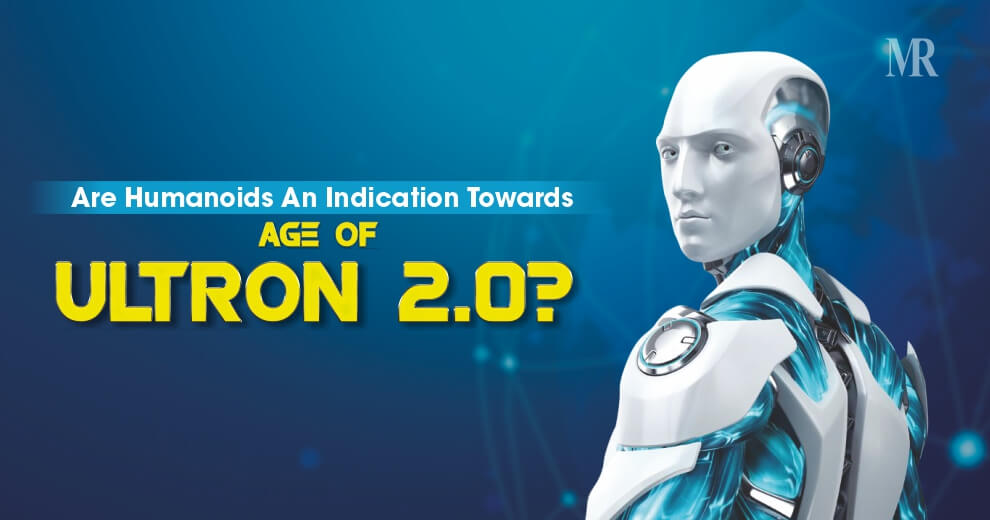 Artificial Intelligence will take over humans? The question all are feared of. The opinion of people, however, differs from each other. Some believe AI is going to upgrade the human race, whereas, few think ‘slavery 2.0’ will emerge as soon as robots take over.  This belief was also supported by the late physicist Stephen Hawking, he believed emerging of robots can be a threat to humans. He was amongst the brightest brains of humankind but there is a rare possibility of him being wrong. After all, we are humans, and we are designed to be imperfect. The view of AI taking over depends on the intelligence level. If the robots acquire “superintelligence” they might become smarter than humans. Studying human nature is more difficult than studying quantum physics. If we being humans can’t figure out each other, imagine how much longer will it take a humanoid to study human behavior and then plan “the whole taking over the world”. Though the idea can be good for a sci-fi movie. Humans fear change and humanoids are a big change. The achievements technology has unlocked are unrealistic. Imagination is coming true with technology. Humans, however, are terrified rather than appreciating it.

Machines depend on the techniques which they have learned throughout, known as “machine-learning”. Learning process benefits the machine to perform the task again without instructions. A machine is simply an algorithm that runs on the data we provide it with. For instance, if we present handwritten pictures of numbers (1-10), and ask it to tell us about the pictures we show in the same sequence. The answer probability lies from 1-10 as that is what we have taught the machine. But when we mix the sequence of the pictures machine would pick random numbers. Here is where humans teach machines the difference and machines store it for future reference. Machines learn from their mistakes quite literally. The data gets stored and retrieved whenever required. Machines can not repeat the same mistake twice though.

The task a machine will perform depends totally on what a human will teach it. Human-machine works on vice versa terms, one depends on others. Humans too have grown to be dependent totally on machines.

If we keep sci-fi movie data aside, machines have only proven best for the human race. When humans and machines contribute their knowledge and problem solving, the goal can be easily achieved. To explain this, when we travel on a flight, half of the times the mode is set to autopilot. You already risk your life in the hands of a machine. A 2015 survey reported that the pilots spend only seven minutes manually flying the plane- automated systems handle the rest. These seven minutes are the most critical ones which require the highest order of decision-making capabilities. For a machine, all it has to do is run a specific algorithm. These algorithms can go wrong too.

For achieving better outcomes we cannot depend on machines. They need human support for better performance and a favorable advantage. Technology helps to sharpen human skills and achieve unexplored uniqueness. This, in turn, would favor us to create better technology.

Businesses must take advantage of such combinations. They need to see how human-machine collaboration helps improve company performance.

Machines are assisting humans not replacing them

Humans must not fear being replaced by a robot. AI technology needs assistance to work properly. Unlike humans, machines cannot understand general logic they need specific algorithms or commands to perform any task. Machines are perfect, they perform the given task without mistakes and probably complete the task faster than humans. But what they lack is; imperfection, creativity, and emotions. No humanoid can have these qualities (maybe in the future). Alexa, Siri, and Cortana have made working with the gadgets so easy. We ask them to do the following task and they perform it. We don’t fear these technologies but we fear a fully functional humanoid?

Technology has made a remarkable growth in the following years. Humanoid is always the topic of breaking news but now humanoid anchors the breaking news. China introduced the first humanoid anchor on its news channel following with another successful humanoid female anchor. The successful humanoid project called Sophia is the most adorable humanoid, how can one fear her? Hong Kong-based company developed her and was officially activated in 2016. Sophia was originally developed as a companion at nursing homes or to help people with chores. With time the humanoid was furthers developed. Saudi Arabia gave Sophia citizenship which made her the first humanoid with nationality. Now, Sophia guest stars at conferences sharing her opinions. Another example is Ai Da, the first AI invention to blur the line between an artist and the machine. She has a robotic arm just like humans and is powered with AI technology. She analyses an image in front of her, which turns into an algorithm helping her to move the arm and produce the artwork. She is the first robotic artist to have solo work displayed at oxford.

The way a humanoid thinks or behaves depends totally on how the human has programmed it. If the robot has turned evil we know whom to blame.

To summarize, the machine works on command and will do as we say. The change is taking place fast which may scare the human race but the developing technology is here to help us. We are not in a sci-fi movie where machines rule, the reality is different. Machines need humans to function no matter how “super-Intelligent” they get. Still, if there is the slightest chance of machines going all ‘Ultron’ on us we must not forget- though Ultron turned out to be evil, but Vision saved the day! Have faith in technology; after all we humans are the ones creating it.

What is SLS 3D printing?
Climate Change: Industries Role In Preserving The Environment