Home » Vicky Taslim: Intellectual & Dynamic Leader Behind the Panca Budi Group
The 30 Most Creative CEOs of 2018

Being brought up in a rich, ancestral culture, Vicky Taslim, Director of the Panca Budi Group had committed himself to expand the family business since his early days. Therefore, after completing a business degree from Central Queensland University, Australia, Vicky sat down with his father Djonny Taslim (President Director of Panca Budi Group) to determine his role in the thriving family business. Reminiscing to the tête-à-tête with his father, Vicky reveals, “The first discussion we had was whether he would like to keep the business going as a family legacy or sell it off and retire. When he replied that he wanted to keep it in the family, it was a no-brainer for me. I had to be involved. If that is what he wished, then I decided I would like to understand the business.”

In 1979, The Panca Budi Group (the Company) was established by Djonny Taslim, who began his career as a general trader, distributing finished goods in the form of plastic bags made up of PP, HDPE, and PE as raw materials. In 1990, Djonny established the Company to produce and distribute finished goods in the form of plastics bags. The following year, the Company began its commercial operation by manufacturing plastic bags and later got certified for its production process management.

Even though the use of plastic packaging remains relatively low particularly in Indonesia as compared to other markets in the region such as Singapore and Thailand, it still possesses a potential to grow at a much faster rate than other countries.

The Company: Current Leader of Branding in Indonesia

According to Frost & Sullivan, the Company has grown into one of the market leaders in the plastic bag products. In order to provide excellent services, the leading plastic manufacturer utilizes all of its marketing, sales and distribution personnel who are able to distribute its products across all of the Company’s marketing jurisdictions. The Company and its subsidiaries have 7 factories across Java and Sumatra such as 5 in the Banten Province, 1 in the Central Java Province, another in the North Sumatra Province.

Currently, the Indonesian leader of branding is producing and distributing consumer plastic packaging for daily household usage through more than 10,000 shops in traditional markets. Owing to its distinguished range of products, the Company has won a Platinum Award, bestowed on any company, collecting nine consecutive Best Brand awards in Indonesia.

Vision, Missions, Motto and Core Values of the Company

Vicky and his team share the following vision, missions, motto, and core values for the Company.

Futuristic Vision: To become the plastic packaging manufacturer with the most extensive distribution network, prioritizing quality and service to customers & business partners.

Motto: The Panca Budi group’s motto is “Your trust is our commitment”. Further, the decision makers believe in the trust bestowed by their business partners; suppliers, customers and financial institutions. Reputation is not built overnight and Vicky and his team are happy to claim that they have a very good reputation within the industry. 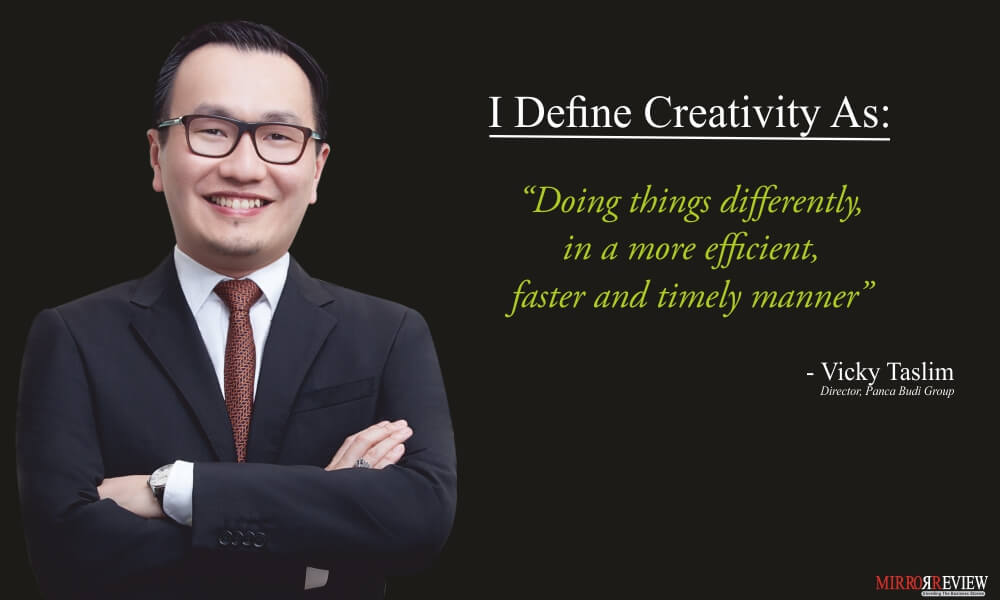 Standing Tall in the World of Plastics

The decision makers of the Company believe in supplying the highest quality product, with competitive pricing, and consistency in product availability. After more 38 years, Vicky and his team have proven to be the most consistent and reliable business partner in the plastic industry.

Approach of Young vs. Old Generation

According to Vicky, the younger generation tends to be keener towards applying technology in day-to-day operations to improve efficiency. On the other hand, the older generation believes in human interaction through personal communication. At Panca Budi, there is a good mix of both the cultures.