Featured as the top-ranked organization in a survey of 140 Electronic Health Records systems, Praxis Electronic Medical Records is a California, US-based organization, which offers electronic medical record (EMR) software for physicians in the United States, Canada, and globally through resellers. The experienced Founder and CEO of Praxis EMR, Richard Low has consistently provided unique and essential services to healthcare providers through the Praxis EMR software.

Richard pursued degrees in Molecular Biology and History from the University of California, Los Angeles. In 1972, he moved to the Yale University School of Medicine to become a Doctor of Medicine (MD).

Richard began his professional life in 1977 by entering the field of Emergency Medicine. He became a member of the American College of Emergency Physicians and thereafter directed the Emergency Departments of Valley West Hospital, Hazel Hawkins Hospital, and Santa Cruz Community Hospital in California. In that role, he was in charge of twenty emergency physicians. Richard, through his dedication and passion for Emergency Medicine, started the first Emergency Medicine Locum Tenens in California and worked in many different practices. Meanwhile, he realized the importance of medical charting due to the essence of medical records between physicians and their temporary substitute doctors. However, the charting process was bulky, time-consuming and became a burden for physicians.

Consequently, in 1989 Richard established Praxis Electronic Medical Records with the ultimate goal of creating a medical tool to help physicians save valuable time when charting. Praxis developed a unique technology called Concept Processing which learns the physician’s personal style of medicine to help them chart instantly. Currently, with over 25 years of development, Praxis has become an award-winning Electronic Healthcare Record (EHR), serving thousands of physicians worldwide.

Praxis EMR has implemented an advanced artificial intelligence (AI) engine that has self-learning capabilities and gets smarter and faster as the physician charts in free text. Praxis has no templates, which means practitioners practice medicine in their own way using their own unique style and the way they feel most comfortable. Praxis EMR has been ranked number one in physician user satisfaction surveys due to their focus on clinical usability. Furthermore, the American Academy of Family Physicians’ (AAFP) Family Practice Management Journal (FPM) ranked Praxis EMR the number one EHR by physicians in the last five user satisfaction surveys. The ONC-ATCB certified system, Praxis EMR, is the only software that can automate Meaningful Use to meet quality reporting thresholds.

Mirror Review spoke with the Founder and CEO of Praxis EMR, Richard Low to learn more about the current situation facing the healthcare industry and the role Praxis EMR is taking.

The healthcare industry is in crisis because the third parties, who are not directly involved in patients’ care, are positioning themselves in the healthcare field without truly understanding what they are doing. This was done often with the best intentions but has resulted in a dramatic increase in medical costs without a concomitant improvement in the quality of care.

Tell us about your company and its range of services. In the modern era of technology, how has Praxis EMR adapted to those changes in its working ecosystem?

Praxis EMR was established in 1989 with the goal of saving physicians time when charting. Our template-free EMR technology based on artificial intelligence and self-learning capabilities enables practitioners to create patient notes in their own words in seconds. We are defining the care of patients from a doctor-centric perspective, which is the only one that makes sense.

What attracted you to start a venture in the healthcare sector?

I am a physician who practiced medicine for 20 years. I saw the documentation problem firsthand and decided to dedicate my life to helping fellow clinicians and their patients. This is what Praxis EMR is all about.

As a leader of a prominent healthcare company, what role do you play in its operations and growth?

I am the CEO of the company. From the beginning, our team has remained focused on assisting healthcare providers and their staff, which in turn made Praxis EMR a leading EHR service provider in the healthcare industry.

How does your company stand apart from its competitors?

About 90% of a physician’s time is spent wasted on charting, and Praxis EMR is the only EMR which saves doctors time. Per day, we save doctors around two and half hours and improve the quality of medicine that is rendered. Our unique approach helps us to reduce professional stress and physician burnout caused by other electronic healthcare systems.

Who was your source of inspiration during the start of your professional career? Whom would you like to dedicate your success?

My source of inspiration is my high school teacher, Arístides Chierico, who later became principal of my high school and Robert Wohl, my college history professor at UCLA, who made me understand that the education is just partly science but mostly humanities. The foundation and the success of Praxis EMR would not have been possible without them. 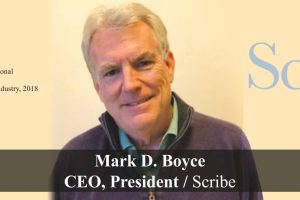 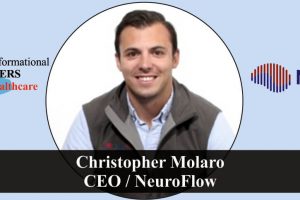 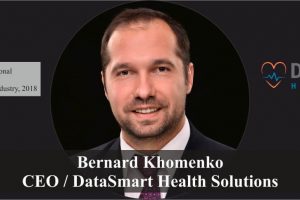 Ricky Caplin: Leading the Way in the Digital Transformation of Healthcare Industry
Comment