The concerns about our Promethean quest to develop machine intelligence, forecasted by luminaries like Elon Musk, Bill Gates, and Stephen Hawking, come to reality soon.

The advancement in Bioengineering has already allowed human beings to take control of their own evolution. Whether it’s emergent cloning technologies or advanced gene therapy, we’re quickly approaching a world in which humans are about to change the way they live and die. And this is likely just the beginning of what’s possible.

Michael Bess is a historian of science at Vanderbilt University and the author of a fascinating new book, Our Grandchildren Redesigned: Life in a Bioengineered Society.Bess’s book offers a sweeping look at our genetically modified future, a future as terrifying as it is promising.

“We’re going to give ourselves a power that we may not have the wisdom to control very well,” he told me. But that won’t stop us from developing it, and Bess’s book is an attempt to wrestle with the implications of this.

I spoke with Bess about his new book and about the technological challenges that lie ahead.

You say in this book that bioengineering will be the next great technological wave to wash over humanity, and that it will cut more deeply than any of the industrial revolutions of the past.

That’s a pretty strong statement. Can you explain what you mean?

We single out the industrial revolutions of the past as major turning points in human history because they marked major ways in which we changed our surroundings to make our lives easier, better, longer, healthier.

So the switch from hunter-gathering and nomadism to settled agriculture meant that we were able to feed much larger populations and develop great cities and all the urban civilization that goes along with it.

And then, another great turning point, the Industrial Revolution, late 1700s, early 1800s, and what it has unleashed in the succeeding 200 years, going from animal power to machine power to electrical power — that has completely transformed our relationship to our environment, to the control that we have over the Earth, how we feed ourselves, how we work. And once again, that went along with a tremendous increase in human population and the complexity of modern society.

So these are just great landmarks, and I’m comparing this to those big turning points because now the technology, instead of being applied to our surroundings — how we get food for ourselves, how we transport things, how we shelter ourselves, how we communicate with each other — now those technologies are being turned directly on our own biology, on our own bodies and minds.

And so, instead of transforming the world around ourselves to make it more what we wanted it to be, now it’s becoming possible to transform ourselves into whatever it is that we want to be. And there’s both power and danger in that, because people can make terrible miscalculations, and they can alter themselves, maybe in ways that are irreversible, that do irreversible harm to the things that really make their lives worth living.

That’s the concern — we’ve given ourselves, or we’re starting now to give ourselves a power that we may not have the wisdom to control very well.

And this revolution in biotechnology, in the ability to tinker with the human genome and alter our own biology, is coming whether we want it to or not, right?

It is, but I’m always careful about saying that, because I don’t want to fall into technological determinism. Some of the writers like Ray Kurzweil, the American inventor and futurist, have tended to do that. They say it’s coming whether we like it or not, and we need to adapt ourselves to it.

But I don’t see technology that way, and I think most historians of technology don’t see it that way either. They see technology and society as co-constructing each other over time, which gives human beings a much greater space for having a say in which technologies will be pursued and what direction we will take, and how much we choose to have them come into our lives and in what ways.

And I think that is important to emphasize — that we still have agency. We may not be able to stop the river from flowing, but we can channel it down pathways that are more or less aligned with our values. I think that’s a very important point to make when we talk about this.

What’s happening is bigger than any one of us, but as we communicate with each other, we can assert our values and shape it as it unfolds over time, and channel it on a course that we’d prefer.a 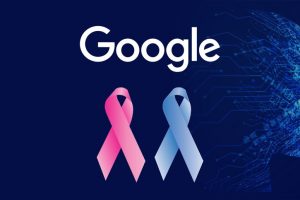